July 1, 2016 was a highly anticipated day for many in Tennessee: for the very first time, wine was available for purchase in grocery stores. Gliding in under the radar, perhaps because of all the hype surrounding the grocery store wine revolution, were many other changes to Tennessee’s alcohol-related criminal laws. One such legislative update changed the way that Tennessee handled a small and categorically difficult class of individuals: underage DUI defendants. These are people ages 18 to 20, who ... END_OF_DOCUMENT_TOKEN_TO_BE_REPLACED

As DUI defense practitioners are well aware, a transdermal monitoring device such as a “SCRAM” device (a Secure Continuous Remote Alcohol Monitoring Device) is a prevalent but sometimes onerous tool in the bond condition, plea bargaining and sentencing processes. A client may be ordered to wear a SCRAM device ankle bracelet prior to trial, during probation, or as part of a compromised resolution of the case. The transdermal monitoring device continuously monitors a person’s blood alcohol level through skin contact ... END_OF_DOCUMENT_TOKEN_TO_BE_REPLACED

In a recent article published by WSMV-TV in Nashville, Tennessee, several Nashville defense lawyers are challenging the results of a specific breath testing device because of some calibration issues with the device that may have affected the results of the breath test. Calibration is a comparison of measurements – often of known samples so that when unknown samples are tested, they will be presumed to be accurate. The breath test device in question is the EC/IR II that is manufactured ... END_OF_DOCUMENT_TOKEN_TO_BE_REPLACED

Last year, Senate Democrats in Colorado killed a bill that would have made repeat DUI offenses a felony offense in Colorado, much to the surprise and chagrin of the proposed law’s supporters. But now a Weld County state representative is trying again, with a new bill that, if passed, would classify a charged driver’s third DUI in seven years as a class 4 felony.  A class 4 felony carries a 2-6 year prison sentence followed by a mandatory 5 year period of parole.  The ... END_OF_DOCUMENT_TOKEN_TO_BE_REPLACED

Arapahoe County prosecutors have asked the U.S. Supreme Court to overturn a decision by a District Court judge and the Colorado Supreme Court, which found that because the officer did not try to obtain a warrant before she ordered a blood draw on Schaufele, the results may not be presented as evidence. Thirteen other states have also filed a petition asking the U.S. Supreme Court to pick up the case. If the high court takes up the case, their decision will have national ... END_OF_DOCUMENT_TOKEN_TO_BE_REPLACED

The Oldest Question: Do You take a Test?

Well, it may not be the oldest question, but it may be the most important. Since the 1940’s and the onset of cheap blood alcohol testing, it is one that lawyers and defendants must initially face following a DWI arrest. Should you or shouldn’t you take the test? The answer to this, like everything else in law, is it depends. Like predicting the weather, the answer to this question turns on a variety of factors. While much of what I ... END_OF_DOCUMENT_TOKEN_TO_BE_REPLACED

Under current Canadian law, a DUI or DWAI conviction in Colorado (or elsewhere in the U.S.) may make you a “criminally inadmissible person.” An “inadmissible person” cannot visit or stay in Canada because they have been convicted of certain crimes in, or outside of, Canada. Despite meeting eligibility requirements, foreign individuals from any country may still be criminally inadmissible to Canada due to previous criminal conduct, or the criminal conduct of their dependents. In particular, if you are convicted of a ... END_OF_DOCUMENT_TOKEN_TO_BE_REPLACED

It can’t be denied that the Supreme Court of the United States’ decision in McNeely is making an impact in Colorado, even if that impact is slight and apparent in only the rarest and most serious of cases.  This June, the Supreme Court of Colorado announced its decision in People v. Schaufele, which affirmed a trial court’s order suppressing evidence of a defendant’s involuntary, warrantless, blood draw.  In doing so, the Court found (by a plurality of three Judges) that ... END_OF_DOCUMENT_TOKEN_TO_BE_REPLACED

“In politics, stupidity is not a handicap.” -Napoleon Bonaparte Studying history helps to understand how governments use federal agencies, police departments, and courts to perpetuate illegal witch hunts for political causes. Let’s look at the 6 million Jews that the German government killed in Europe. People forget that it was not renegades who caused the Holocaust. Instead, it was the politicians and the courts. The parallels between the successful government campaigns of the Nazis in World War II and today’s DWI ... END_OF_DOCUMENT_TOKEN_TO_BE_REPLACED 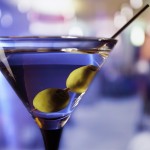 Though similar devices have been marketed in the past, a fad in alcohol consumption has reemerged in the form of the Vaportini.  The Vaportini is an alcohol inhalation device that enables users to heat their favorite liquors in a glass sphere.  This sphere fills with alcohol vapor; the user employs a straw to inhale the vapors through a small opening in the sphere.  A diagram of how it works can be found here. According to reports in the U.S. and ... END_OF_DOCUMENT_TOKEN_TO_BE_REPLACED