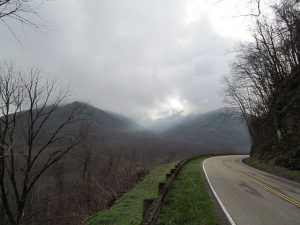 July 1, 2016 was a highly anticipated day for many in Tennessee: for the very first time, wine was available for purchase in grocery stores.

Gliding in under the radar, perhaps because of all the hype surrounding the grocery store wine revolution, were many other changes to Tennessee’s alcohol-related criminal laws.

One such legislative update changed the way that Tennessee handled a small and categorically difficult class of individuals: underage DUI defendants. These are people ages 18 to 20, who are no longer juveniles, but who also are not allowed to consume alcohol at all—much less drive while under the influence. This offense is more commonly referred to as DWI—Driving While Impaired, which is distinguished from the offense of DUI that applies to those 21 years of age or older.

The Tennessee legislature decided to significantly increase the penalties for underage DWI offenders by treating them as any other DUI offender. Instead of just losing their driver’s license for a year with a $250 fine and other probation conditions such as volunteer community work, those ages 18-20 convicted of DWI would face a mandatory minimum of 48 hours in jail, a $350 fine, DUI school, and a variety of other possible penalties. Their records would also no longer be eligible for expungement. Those between 16 and 18 years of age would not be affected by the new law.

However, as of September 14, 2016, those reforms to the law have been repealed, and underage DWI offenders are again considered as a distinct category of defendants with less severe punishments. The new law, contrary to the expectations of the legislators, violated a Federal zero-tolerance policy for underage driving while intoxicated. Under the Federal law, those under age 21 cannot have a blood alcohol level of over 0.02% (the legal limit for ages 21 and older is 0.08%). Although Tennessee’s law increased the penalties for underage DWI offenders, it also raised the blood alcohol limit for such offenders to 0.08%.

Tennessee was left with two choices: repeal the new law, or lose $60 million of federal funding for road maintenance and improvement. Perhaps not surprisingly, Governor Haslam called an emergency legislative session, and the change to the law was repealed. Isn’t it interesting how money is related to our laws?

Previous: Woman charged with DUI-manslaughter after motorcycle crash
Next: 1. What should I say if a cop asks me if I have been drinking?