Posted by: Steve Oberman May 6, 2015 in Tennessee DUI News Leave a comment 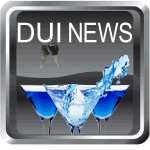 In a recent article published by WSMV-TV in Nashville, Tennessee, several Nashville defense lawyers are challenging the results of a specific breath testing device because of some calibration issues with the device that may have affected the results of the breath test. Calibration is a comparison of measurements – often of known samples so that when unknown samples are tested, they will be presumed to be accurate.

The breath test device in question is the EC/IR II that is manufactured by Intoximeters, Inc. This model, one of two approved models in Tennessee is currently used in 12 states.  The EC/IR II is employed to determine the blood alcohol (BAC) content by 132 law enforcement departments in Tennessee. The breath test device is used by officers after someone is arrested for driving under the influence (DUI) or Driving While Impaired (DWI) – synonymous terms in Tennessee. The arrested individual is asked to blow into the device for the calculation of the BAC. These devices, however, must be calibrated to provide accurate results.

The reporter states that the Tennessee Bureau of Investigation (TBI) is responsible of setting the guidelines regarding calibration points for breath test devices in Tennessee that are currently .04%, .08%, and .20%. In Tennessee, the legal limit for alcohol in your blood is .08%.

As WSMV-TV reports, the lawyers assert that the TBI did not have accurate calibration protocols in place for the EC/IR II device, and therefore the results provided by those arrested for DUI could be inaccurate. Defense lawyers argue that from 2005 until 2013, the TBI only calibrated the EC/IR II devices at a .082 BAC level. The defense argues that calibrating at only one point leaves room for error. In other words, the calibration point was set over the legal limit which does not provide for accurate results. This sentiment is echoed the defense expert who is an analytical chemist from Colorado. He believes calibration of breath test devices at several levels is more accurate than only setting one calibration point.

Mr. Steven Oberman, a DUI Defense Law Specialist, certified by The National College for DUI Defense, believes that this challenge raises a valid concern. Mr. Oberman suggests if the calibration is incorrect, whether the device is accurate for evidentiary purposes becomes questionable.

He is the author of DUI: The Crime & Consequences in Tennessee, updated annually since 1991 (Thomson-West), and co-author with Lawrence Taylor of the national treatise, Drunk Driving Defense, 7th edition (Wolters Kluwer/Aspen).  Steve has served as an adjunct professor at the University of Tennessee Law School since 1993 and has received a number of prestigious awards for his faculty contributions.  He is a popular international speaker, having spoken at legal seminars in 27 states, the District of Columbia and three foreign countries.

Previous: Powdered Alcohol Set To Go On Sale This Summer? In Oklahoma?
Next: Glens Falls woman charged with felony DWI after crash