Home / California DUI News / What is Fair Punishment on a DWI?

What are judges and prosecutors concerned with on a DWI? One of their main concerns is recidivism. Contrary to popular belief, the average rate of repeat for a first time DWI is approximately 21%[i]. Most first time DWI offenders made a mistake and will never be back in the system. In fact, most are going to punish themselves far greater than what a court or prosecutor could do to them.

Does BAC (blood alcohol concentration) on their DWI predict their propensity to reoffend? The answer is “no.” A study published in 2013 in Criminology and Public Policy[ii] determined this. The interlock industry has managed to pass laws nationwide (including in Texas). Of those laws, many demand first time offenders to install an interlock system. This is overreaching for the vast majority of first time offenders. For example, Texas requires interlock as a condition of probation if a person’s BAC is .15 or above. Also, many judges order the devices as conditions of bond. However, this assumes that every first time DWI offender has a substance abuse problem.

The problem with punishment for first time offenders 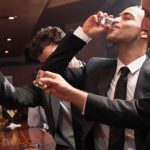 What about the soccer mom who had one too many margaritas who will never get arrested again? The hard working young adult who let things slip out of hand out of character at a bachelor’s party? Passing laws on the basis of BAC does not address the problem of a person’s propensity to reoffend. The vast majority of first time offenders will never face arrest for DWI again. As a matter of fact, requiring an interlock has little effect on future lifestyle choices. For example, a North Carolina study proved that interlock programs may control a driver’s behavior while a condition of an occupational license, but may not serve to change drinking behavior over time[iii]. Technological devices cost money, need monthly calibrations, and time. Thus, to order everyone to install one does not equate. So, what is the best way for a judge to determine a person’s recidivism potential and fair punishment?
According to a California study, this involves screening and evaluating personality factors[iv]. For example, psychological attributes of addictive personality disorders, coping mechanisms, and impulse control. These factors are more important in assessing fair sentencing recommendations than “office policies”. DWI is not a one size fits all offense. Unlike crimes of moral turpitude, most intoxicated drivers do not intend harm. The DWI defense lawyer must understand these principles. These principles help to communicate and negotiate what is fair for their clients. The jail punishment range for a first time DWI in Texas ranges from 0 to 3 days (depending on alcohol level). The legislature constructed a fair punishment for people who made mistakes. 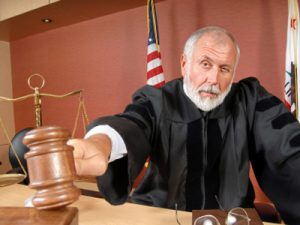 Why Victim Impact Panels are not effective

Not everyone needs to hear from victims or receive substance abuse counseling. The judges and prosecutors have misplaced their good intentions. Once again, California studied the recidivism rates. Of those accused of DWI who attended a MADD Victim Impact panel, they found “no differences . . . in recidivism rates between the VIP group and either the no-show group or the two control groups[v]. In short, this is not in line with what is fair or logical. Juries seem to know this when assessing punishment

[i]  S C Lapham, BJ Skipper, G L Simpson, “A Prospective Study of the Utility of Standardized Instruments in Predicting Recidivism Among First DWI Offenders”, Journal of Studies on Alcohol and Drugs, 58(5), 524-530 (1997).

Previous: Deputies arrest Milwaukee police officer for DUI
Next: How accurate are breathalyzers-