Do I have to do Roadside Field Sobriety Tests? 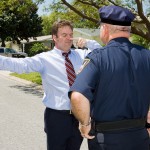 Do I have to do Roadside Field Sobriety Tests?  The answer varies from state-to-state, but in Arizona, the answer could be “yes” or “no” and you’ll have to decide which is right for you. In order to understand this, we need to explore what Field Sobriety Tests are and why the police use them. Field Sobriety Tests or “FSTs” are a series of roadside coordination tests. In the late ‘70s and early ‘80s, they were tested for efficacy and three ... END_OF_DOCUMENT_TOKEN_TO_BE_REPLACED

Can I sleep in my car if I’m too drunk to drive? (Actual Physical Control of a Vehicle in Arizona)

Can I sleep in my car if I’m too drunk to drive? (Actual Physical Control of a Vehicle in Arizona) If you move your car, whether it be five inches, five feet, or five miles, it is defined as “driving.” I have had plenty of people walk into my office and tell me that they were arrested for driving under the influence, but they “didn’t drive”– they just “moved” the car into a parking spot, or out of a driveway. Bad ... END_OF_DOCUMENT_TOKEN_TO_BE_REPLACED 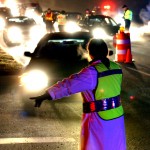 Phantom Checkpoints Are Real  The police are allowed to lie to the public about their operations, but if a member of the public lies to a police officer, that person may be in for a costly and time-consuming prosecution that could end with a term behind bars. While it might be hard for some people to believe, defense attorneys know that the police lie to the public every now and then. Take, for example, the “Phantom Checkpoints” set up by ... END_OF_DOCUMENT_TOKEN_TO_BE_REPLACED

Why is Arizona the Leader in DUI-Drugs Arrests? Follow the Money. 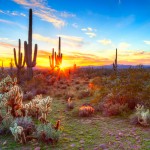 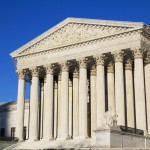 The United States Supreme Court dealt another blow to the 4th Amendment’s protection against unreasonable search and seizures when it delivered a deeply divided opinion, declaring that a vehicle may be stopped based on an anonymous 911 tip. Justice Clarence Thomas delivered the opinion of the Court in which Justices Kennedy, Breyer and Alito joined. Justice Scalia, with a keen perspective on reality wrote a well-reasoned and scathing dissent. He was joined by the Justices Ginsburg, Sotomayor and Kagan. An ... END_OF_DOCUMENT_TOKEN_TO_BE_REPLACED

Texas is following Arizona on what appears to be a slippery-slope which will be affecting more states as time goes on. A new law went into effect on September 1st, 2013 which was passed by the 83rd Texas Legislature. The new law allows Emergency Medical Technicians (EMT) paramedics to take a blood specimen to test for alcohol concentration at the request of a police officer. The law allows paramedics to test for alcohol concentration or other intoxicating substances.A paramedic may ... END_OF_DOCUMENT_TOKEN_TO_BE_REPLACED

Will I lose my license if I am arrested for DUI in Arizona?

By simply driving in the State of Arizona, you impliedly agree that if you are stopped and arrested for DUI, you will submit to chemical testing. This is why it is called the “Implied Consent Law” and the requirements vary from state-to-state, so what may be good advice in Arizona regarding the Implied Consent Law, may be bad advice in any other state. In Arizona, if you are arrested for DUI, the police will choose either a breath, blood or ... END_OF_DOCUMENT_TOKEN_TO_BE_REPLACED

The Merriam-Webster Dictionary defines “Hypocrisy” as “a feigning to be what one is not or to believe what one does not; especially : the false assumption of an appearance of virtue or religion.” Hypocrisy is the subject of today’s blog. On May 4th, 1988 Arizona DPS Officer Alley (Badge No. 2854) responded to a minor traffic accident on Interstate 17 near milepost 211.7. There, he found a woman with a strong odor of an alcoholic beverage, flushed face, watery and ... END_OF_DOCUMENT_TOKEN_TO_BE_REPLACED

Arizona Supreme Court Unanimously Shoots Down Prosecution’s Attack on Breath Testing Defenses What started as a seemingly routine motion to prevent the defense from telling the truth about breath testing in the Tucson City Court, grew into a two-and-a-half year battle which was played out in the Arizona Supreme Court on May 21st and affects the defenses of every DUI prosecution with a breath test in Arizona. In order to understand the ruling, one must first understand the defenses. Estimated ... END_OF_DOCUMENT_TOKEN_TO_BE_REPLACED