The Portsmouth, Virginia CBS affiliate television station, WAVY, has reported that ignition interlock devices may be the cause of injures and death on the roadways.  Not only are false positives a problem for those using the devices, but distractions from the alerts and blowing into the devices while driving have caused crashes. According to the news report posted May 16, 2019, the Virginia Department of Motor Vehicles indicates that the number of crashes due to the device has gone up ... END_OF_DOCUMENT_TOKEN_TO_BE_REPLACED

SCRAM part 2: It’s All Your Fault!

SCRAM part 2:  It’s All Your Fault! SCRAM stands for “Secure Continuous Remote Alcohol Monitor.”  SCRAM measures alcohol that is eliminated through your skin.  It usually looks like two, small, black boxes that strap to your ankle. As discussed before, an increasing number of judges in Virginia rely on SCRAM to monitor clients before and, sometimes, after trial.  SCRAM is comprised of a fuel cell (like in a preliminary breath test and ignition interlock) and a computer.  The problem is ... END_OF_DOCUMENT_TOKEN_TO_BE_REPLACED

SCRAM – the Secure Continuous Remote Alcohol Monitor – is becoming more popular in Virginia courts both before and after trial.  SCRAM is an alcohol tester that straps on to your lower leg.  It typically consists of two black boxes secured by a locking strap. The most common use of SCRAM continues to be as a condition of bond. If you want out of jail before trial – you have to wear SCRAM. While a number of judges across Virginia require ... END_OF_DOCUMENT_TOKEN_TO_BE_REPLACED

Virginia Debates “Operating” Under the Influence Again Virginia makes it illegal to “drive” or “operate” a motor vehicle while intoxicated.  While “drive” is pretty understandable, the definition of “operate” continues to change.  The last re-definition was in 2012 when our Supreme Court in Virginia said for the first time that “operate” means (1) keys in the ignition and (2) butt in the driver’s seat.  Before that the ignition had to be on. That’s still true if you are parked on ... END_OF_DOCUMENT_TOKEN_TO_BE_REPLACED

There is no actual DWI exception to our Constitutional rights; however, DWI Attorney Lawrence Taylor popularized the term to describe numerous Supreme Court rulings that act as if there were. (See http://dwimanual.com/our-attorneys/what-motivates-us/ for more.) A number of DWI Attorneys have written excellent blogs about the Navarette case – but a previous Virginia case that was before the Supreme Court showed once again that the DWI Exception to the Constitution is alive and well. Harris v. Commonwealth of Virginia shared a ... END_OF_DOCUMENT_TOKEN_TO_BE_REPLACED 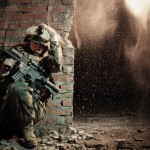 Our 18 year old children can be sent to fight & die in Afghanistan. Our 18 year old children can marry & sign contracts. But these “children” who can die for their country, and marry for a lifetime, cannot legally drink a beer in Virginia.  The National Minimum Drinking Age Act became law July 17, 1984. In fact, Virginia punishes underage consumption of alcohol similar to a DWI. If you are 20 years and 11 months old, holding a can ... END_OF_DOCUMENT_TOKEN_TO_BE_REPLACED

Among the Top 10 Questions that I am asked:  “How long will a DUI be on my record?” Virginia makes the answer easy:  DUIs are forever. Virginia has no provision to erase or expunge any misdemeanor or felony conviction no matter how much time has passed.  It is true that a first or second DUI (both misdemeanors) will only “count” against you as a previous DUI for 10 years, but as of July of 2013 felony DUIs now count against ... END_OF_DOCUMENT_TOKEN_TO_BE_REPLACED

While the concealed carry law was NOT changed in Virginia this year, the very long concealed carry section was reorganized into a number of smaller sections.  The result:  courts are increasingly requiring defendants convicted of DWI to relinquish their concealed carry permits. And this is for people that were NOT carrying while DWI.  The penalty for concealed carry while intoxicated is another Class 1 misdemeanor with up to a $2500 fine and a year in jail.  Your weapon will also usually be confiscated ... END_OF_DOCUMENT_TOKEN_TO_BE_REPLACED

You decide to go it alone – skip hiring a DWI defense attorney – and you get convicted of a DWI.  You pay a $250 fine that becomes almost $500 with court costs.  You pay a $300 entry fee for the Alcohol Safety and Action Program and even more for treatment and classes.  You pay $600 to $800 for ignition interlock so that you can begin to drive again.  You pay a DMV reinstatement fee.                 You file for FR44 ... END_OF_DOCUMENT_TOKEN_TO_BE_REPLACED

The Chesapeake Police Department in Virginia has drastically increased its use of video recording.  The TASER Company reported on their website that in April of 2013 that Chesapeake deployed 85 additional AXON Flex cameras.  These are small on-officer cameras with multiple mounting options and a 130 degree wide-angle lens.  The video quality is surprisingly good.  Growing evidence also suggests that the tiny video camera may be surprisingly good at protecting your constitutional rights. Just this year, Judge Shira A. Scheindlin ... END_OF_DOCUMENT_TOKEN_TO_BE_REPLACED