WEST CHESTER, Pa. (CBS) — A Chester County man pleaded guilty Monday to a DUI crash that took the life of a 24-year-old man. He’ll face 8-17 years when he is sentenced in May. Now, the victim’s family is working with the District Attorney’s office to get stiffer penalties for repeat-DUI offenders. 50-year-old Robert Landis pleaded guilty to three charges, including Homicide by Vehicle DUI for his part in a crash that killed 24-year-old Liam Crowley in Westtown Township in ... END_OF_DOCUMENT_TOKEN_TO_BE_REPLACED

JAMESTOWN, R.I. (WPRI) –Almost two decades after a Richmond man was sentenced for killing a 68-year-old woman while driving under the influence, he was arrested again on DUI charges. Police arrested Lawrence Brew, 54, of Richmond for driving while intoxicated and refusing to submit a chemical test last Tuesday. According to officials, an officer stopped Lawrence’s car on Route 138 for following too closely and leaving the travel lane. END_OF_DOCUMENT_TOKEN_TO_BE_REPLACED

Elgin, IL – Daily Herald A 48-year-old Elgin man was charged Saturday afternoon with his fifth DUI and driving with a blood alcohol concentration more than three times the legal threshold. William L. Bush Jr., of the 700 block of Jefferson Street, faces up to 15 years in prison if convicted of aggravated DUI. END_OF_DOCUMENT_TOKEN_TO_BE_REPLACED

KODAK (WATE) – Drugs and alcohol are to blame for a deadly crash that claimed the life of a Kodak man and injured two others in Sevier County on Sunday. The Tennessee Highway Patrol says the accident happened just after 5 p.m. on the 3600 block of Hickman Road in Kodak. Troopers say 29-year-old Thomas Oitting, of Kodak, was driving southbound when he crossed the center line and hit a Mitsubishi Eclipse head-on. END_OF_DOCUMENT_TOKEN_TO_BE_REPLACED

Tampa Bay, FL – Tampa Bay Times Lightning left wing Ryan Malone was arrested early Saturday in Tampa and charged with driving under the influence and cocaine possession. Malone was released from Hillsborough County jail on $2,500 bond but did not travel with the team to Washington for today’s regular-season finale with the Capitals. Malone submitted to a breath test at booking. His results were 0.112 and 0.116, police said. A blood-alcohol level of 0.08 percent is the threshold at ... END_OF_DOCUMENT_TOKEN_TO_BE_REPLACED 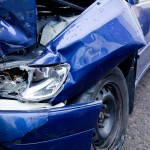 NASSAU COUNTY, Fla. — A Fernandina Beach man is facing careless driving DUI charges after being involved in a crash that injured two deputies Thursday night. According to a report from the Florida Highway Patrol, 25-year-old Stephen Lee Coleman rear-ended a Nassau County Sheriff’s Office cruiser as the officers approached the intersection of Miner Road, near Yulee Elementary School around 7:30 p.m. The deputies were taken to St. Vincents Hospital for treatment of minor injuries. END_OF_DOCUMENT_TOKEN_TO_BE_REPLACED

DENVER – Eight times between July 1, 2012, and July 1, 2013, someone in Colorado convicted of vehicular homicide/DUI found themselves on the fortunate end of a judge’s decision. A recent study by Colorado Legislative Council Staff found on eight occasions judges sentenced eight defendants to probation instead of jail or prison. Colorado law does not require judges to sentence those convicted of driving drunk and killing someone to time behind bars. Rep. Polly Lawrence (R-Littleton) had hoped to bring ... END_OF_DOCUMENT_TOKEN_TO_BE_REPLACED

Man Charged With DUI After Killing Pedestrian In Des Plaines

DES PLAINES, Ill. (STMW) – Police say a northwest suburban man was driving under the influence of alcohol when he fatally struck a Chicago man Wednesday night in Des Plaines. Robert Grossman, 44, is charged with one count of aggravated DUI resulting in death, according to a statement from Des Plaines police. END_OF_DOCUMENT_TOKEN_TO_BE_REPLACED

Los Angeles (KTLA)- Qaneak Shaney Cobb was charged with two felonies — driving under the influence of a drug causing injury and possession of cocaine — the Los Angeles County District Attorney’s Office announced. She appeared in Van Nuys Superior Court, entering a not guilty plea. Cobb allegedly failed to stop her Chevrolet Blazer and slammed into an unidentified 26-year veteran of the Los Angeles Police Department who was stopped on his motorcycle at a red light. END_OF_DOCUMENT_TOKEN_TO_BE_REPLACED

WASHINGTON (WJLA) – Veteran DC Fire and EMS firefighter-technician Jason Siegel worked out of Engine 13 in Southwest Washington. One aspect of his job was driving the fire truck that waits on White House grounds when the president comes and goes via Marine One. if there’s an emergency, those firefighters can quickly respond. Now Siegel is on leave after a DUI arrest. According to police, the 40 year old lost control of his SUV early Sunday morning and crashed into ... END_OF_DOCUMENT_TOKEN_TO_BE_REPLACED