duinewsblog.org is your source for the most up to date DUI News serving attorneys, lawyers and the general public

The critical part of any pre-arrest drunk driving investigation is the administration of the “field sobriety tests” (FSTs).  These usually consist of a battery of excercises involving balance, coordination and mental agility — and are difficult to perform for even a sober person under ideal conditions (see “Field Sobriety Tests: Designed for Failure?“). Although there are many different tests (walk-and-turn, finger-to-nose, one-leg-stand, etc.), an increasing number of law enforcement agencies are requiring their officers to use only the federally-recommended battery of ... END_OF_DOCUMENT_TOKEN_TO_BE_REPLACED

Did The Defendant Drive Under The Influence?

To convict a person of driving under the influence in California, the prosecutor must prove that the defendant was too impaired to drive with the caution and care of a sober person under similar circumstances. Yet that is not enough for a conviction.  The State must also prove that the defendant actually drove.  Sitting in a car with the engine running is not a violation of California Vehicle Code section 23152 (driving under the influence, or driving with an alcohol ... END_OF_DOCUMENT_TOKEN_TO_BE_REPLACED

Necessity Continues to be the Mother of Invention 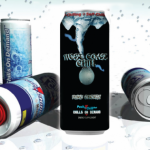 Joseph Company International of California USA is introducing the first “chill on demand™” pure energy drink this that it believes will become the industry standard in a few years.  The company’s marketing of Chill Can® and Micro-Cool® uses a technology that transforms a warm beverage into a cold refreshing drink with the push of a button.  The company claims the beverage will become chilled in two minutes and stays colder longer than a conventional can by 30 minutes. What do ... END_OF_DOCUMENT_TOKEN_TO_BE_REPLACED 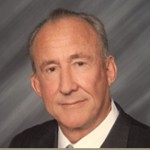 Can alcohol be created by the human body itself — without any drinking? Apparently so. In an interesting scientific article, two physicians at Union Memorial Hospital in Baltimore reported that they detected the odor of beer in three of their patients. This was in an isolated hospital setting; there was no access to alcoholic beverages. The doctors had urine samples taken and analyzed by gas chromatography. Result? All three showed the presence of alcohol in their systems. Two of these ... END_OF_DOCUMENT_TOKEN_TO_BE_REPLACED

Nurse DUI Laws in California It used to be the case that nurses would not run into a problem with the California Board of Registered Nursing for a first offense DUI conviction. At most, the nurse might be asked to submit a copy of the police report and explain what he or she is doing to avoid any future problems with the law. Although this remains generally the case, formal disciplinary action may be instituted by the Attorney General where ... END_OF_DOCUMENT_TOKEN_TO_BE_REPLACED

Police agencies throughout the Bay Area are increasingly using Mobile Video/Audio Recording Systems (MVARS) to record DUI investigations that include driving patterns, instruction and performance phases of field sobriety testing, and conversation between officers and motorists.  The California Highway Patrol (CHP) has installed these devices in almost all of their patrol cars roving Alameda, Contra Costa, Marin, Napa, San Francisco, San Mateo, and Sonoma counties. Police and their union representatives initially resisted the use of these devices.  They ... END_OF_DOCUMENT_TOKEN_TO_BE_REPLACED 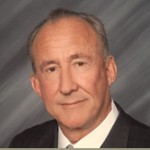 Suppose a police officer asks or orders an individual to drive a vehicle — and then arrests him for DUI when he complies? This situation comes up more often than you might think. Take, for example, the following case that eventually made its way to the New Jersey Supreme Court…. The defendant asked his brothers at a wedding reception to drive him home because he was too intoxicated to drive. In the parking lot, however, the brothers got into a ... END_OF_DOCUMENT_TOKEN_TO_BE_REPLACED

Did you ever wonder how breathalyzers work? There is a website which will give you a pretty fair idea. But first, let’s clear up some confusion…. There are many different kinds of “breathalyzers” — or, more accurately, there are many kinds of breath testing devices. The first of the modern breath testers, manufactured by Smith and Wesson many years ago (yes, that Smith and Wesson), was called the Breathalyzer. Since then, various manufacturers have recognized the growing market and come out with ... END_OF_DOCUMENT_TOKEN_TO_BE_REPLACED

The California Department of Motor Vehicles recently published the resultsof its six year study on DUI conviction rates throughout the State of Californiaentitled: AN EVALUATION OF FACTORS ASSOCIATED WITH VARIATION IN DUI CONVICTION RATES AMONG CALIFORNIA COUNTIES, December 2011. The study’s recommendations focus on ways to achieve more convictions; reduce the rate of negotiated reduction of charges; obtain faster convictions; and prosecute more prescription medication cases. The study concluded with the following recommendations: 1. Reduce the number of delays and ... END_OF_DOCUMENT_TOKEN_TO_BE_REPLACED

Are Field Sobriety Tests Designed to be Failed?

Roadside field sobriety tests (“FSTs”) are commonly used by police officers in DUI investigations to determine whether a driver is under the influence of alcohol. Typically, they consist of a battery of 3-5 exercises, such as walk-and turn, one-leg stand, “nystagmus” (“follow the pencil with your eyes”), finger-to-nose, alphabet recitation, “Rohmberg” (eyes-closed-position-of-attention), etc. The officer may subjectively decide whether the individual “failed”, or he may decide after applying recent federal “standardized” scoring. These DUI tests have an aura of scientific ... END_OF_DOCUMENT_TOKEN_TO_BE_REPLACED