Holidays are a time for family, fellowship, and festivities.  However, take precautionary measures if your holiday celebrations include alcohol. Many sober and safe ride services are available during holidays to limit the amount of intoxicated drivers and maintain safe roads.  The National Highway Traffic Safety Administration (NHTSA) has compiled a list of designated driver services across the country, some of which conveniently return you, and your vehicle, back home. [1]  Other services and programs offer designated drivers, scheduled pick-ups, ... END_OF_DOCUMENT_TOKEN_TO_BE_REPLACED

Arapahoe County prosecutors have asked the U.S. Supreme Court to overturn a decision by a District Court judge and the Colorado Supreme Court, which found that because the officer did not try to obtain a warrant before she ordered a blood draw on Schaufele, the results may not be presented as evidence. Thirteen other states have also filed a petition asking the U.S. Supreme Court to pick up the case. If the high court takes up the case, their decision will have national ... END_OF_DOCUMENT_TOKEN_TO_BE_REPLACED

Under current Canadian law, a DUI or DWAI conviction in Colorado (or elsewhere in the U.S.) may make you a “criminally inadmissible person.” An “inadmissible person” cannot visit or stay in Canada because they have been convicted of certain crimes in, or outside of, Canada. Despite meeting eligibility requirements, foreign individuals from any country may still be criminally inadmissible to Canada due to previous criminal conduct, or the criminal conduct of their dependents. In particular, if you are convicted of a ... END_OF_DOCUMENT_TOKEN_TO_BE_REPLACED

If you are charged in Oklahoma with Driving Under the Influence of Alcohol or Drugs (DUI, DUI-D) or charged with Actual Physical Control of a Motor Vehicle Under the Influence of Alcohol or Drugs (APC), there are several basic things to know. If arrested for an Oklahoma DUI or an Oklahoma APC, you can be charged with a Municipal DUI or a District Court State charge of DUI.  The choice is generally the officer if he/she is a municipal officer.  If your DUI arrest is actuated ... END_OF_DOCUMENT_TOKEN_TO_BE_REPLACED

One evening at a restaurant, Martha shares a bottle of wine with a friend.  She nurses one glass over a one-hour dinner.  Nearing the end, another glass is poured from the bottle and she finishes this.  The two friends then order an after-dinner drink.  Noting the time, Martha quickly finishes the drink and leaves.  She is stopped by the police one block from the restaurant.  After questioning and field sobriety tests, she is taken to a police station and tested on a breathalyzer.  The machine shows ... END_OF_DOCUMENT_TOKEN_TO_BE_REPLACED

The Uber Effect – Safety May Be Just One Click Away Launched in 2009, Uber has transformed travel habits through its popular and efficient system of matching potential passengers to Uber drivers and instantaneous wireless payments.  By virtue of Uber’s app or website,[1] individuals may personalize their means of transportation by price and vehicle type.  Expanding to over 200 cities world-wide, Uber has become a viable travel alternative for many. [2] Uber’s success derives from its claim of economic efficiency, ... END_OF_DOCUMENT_TOKEN_TO_BE_REPLACED

It can’t be denied that the Supreme Court of the United States’ decision in McNeely is making an impact in Colorado, even if that impact is slight and apparent in only the rarest and most serious of cases.  This June, the Supreme Court of Colorado announced its decision in People v. Schaufele, which affirmed a trial court’s order suppressing evidence of a defendant’s involuntary, warrantless, blood draw.  In doing so, the Court found (by a plurality of three Judges) that ... END_OF_DOCUMENT_TOKEN_TO_BE_REPLACED

According to a new decision by the American Bar Association, DUI trial lawyers may review the social media sites of jurors selected for jury service in their drunk driving trials.  This might be done for two reasons; first to determine if a juror is a good candidate for a particular drunk driving trial, and second, to determine if a juror has, during the trial, violated an order of the court by posting anything inappropriate about the trial. Today, jurors are ... END_OF_DOCUMENT_TOKEN_TO_BE_REPLACED

Breathalyzers don’t actually measure alcohol. That’s right.  What they actually detect and measure is any chemical compound that contains the methyl group in its molecular structure.  There are thousands of such compounds — including quite a few which can be found on the human breath. And this machine that determines a person’s guilt or innocence in a DUI case will “see” all of those chemicals as alcohol — and report a falsely high blood-alcohol concentration (BAC). Most breath machines used ... END_OF_DOCUMENT_TOKEN_TO_BE_REPLACED 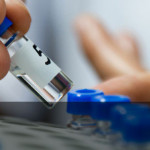 If your life has been suddenly disrupted by a Michigan drunk driving arrest, then be sure to hire a DUI lawyer specialist who also has access to the Nation’s top DUI experts. The reason this is so important is that a Michigan drunk driving arrest will nearly always involve scientific evidence such as a breath or blood test.  When death or serious injury is involved, additional expertise in traffic reconstruction is necessary. Retaining a lawyer who understands this evidence is ... END_OF_DOCUMENT_TOKEN_TO_BE_REPLACED