Under current Canadian law, a DUI or DWAI conviction in Colorado (or elsewhere in the U.S.) may make you a “criminally inadmissible person.” An “inadmissible person” cannot visit or stay in Canada because they have been convicted of certain crimes in, or outside of, Canada. Despite meeting eligibility requirements, foreign individuals from any country may still be criminally inadmissible to Canada due to previous criminal conduct, or the criminal conduct of their dependents. In particular, if you are convicted of a ... END_OF_DOCUMENT_TOKEN_TO_BE_REPLACED

If Governor Snyder signs House Enrolled Bill 5385, as expected, it will become unlawful in Michigan to refuse to submit to any sort of preliminary roadside analysis, including field sobriety testing.  The bill was presented to the Governor on October 7, 2014. As of the date of this writing, Michigan law provides that a police officer may require a driver  to submit to a preliminary chemical breath analysis if the officer has reasonable cause to believe that the person was ... END_OF_DOCUMENT_TOKEN_TO_BE_REPLACED

Southern Drawl or Alcohol? Effects of One’s Speech on an Officer’s Perception of Their Soberness There is an array of characteristics that affect the cadence of one’s speech and their accent. Culture, heritage, geographical location, and education are all contributing factors to the way we speak. For example, it is a widespread stereotype that those from the Southern states of America are pegged with having a “drawl.” But is this endearing charm equivalent to signs that police officers often label ... END_OF_DOCUMENT_TOKEN_TO_BE_REPLACED

“In politics, stupidity is not a handicap.” -Napoleon Bonaparte Studying history helps to understand how governments use federal agencies, police departments, and courts to perpetuate illegal witch hunts for political causes. Let’s look at the 6 million Jews that the German government killed in Europe. People forget that it was not renegades who caused the Holocaust. Instead, it was the politicians and the courts. The parallels between the successful government campaigns of the Nazis in World War II and today’s DWI ... END_OF_DOCUMENT_TOKEN_TO_BE_REPLACED 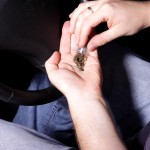 It is unlawful in every state in the union to drive under the influence of marijuana.  In many states, merely having the presence of marijuana is enough to be guilty of DUI!  Specifically in Michigan you are guilty of OWI if you have any amount of THC in your blood.  If you have a medical marijuana card, then the prosecutor must still show impairment. Showing impairment is not always easy, and this often leaves the police with a dilemma; do ... END_OF_DOCUMENT_TOKEN_TO_BE_REPLACED

Florida switches from Frye to Daubert

Beginning July 1, 2013 Florida law changed.  Florida had been using the Frye standard; however, we have now switched to what is known as the Daubert standard.  The Daubert standard comes from the Supreme Court’s 1993 decision in Daubert v. Merrell Dow Pharmaceuticals, Inc. The old standard, Frye, focused on the underlying scientific principles looking to see if they are sufficiently established and have gained general acceptance in their field.  Florida’s new law is found in section 90.702 which was ... END_OF_DOCUMENT_TOKEN_TO_BE_REPLACED

Read the Article here! The Science of Fear & Field Sobriety Tests: Fear is not just mental. It is physical and involuntary. It causes one to lose normal mental and physical faculties. The field sobriety tests were developed in a vacuum. The greatest travesty NHTSA perpetuates on our citizenry is the application of these nonscientific tests. This is because these are tests without any proper scientific consideration to fear. Here is the article I wrote, very relevant for anyone arrested ... END_OF_DOCUMENT_TOKEN_TO_BE_REPLACED

Colorado DUI Enforcement: The Myths Behind the Numbers

Law enforcement officials in Colorado say they made 1,342 DUI arrests between August 16 and September 3 — a time period during which they typically ramp up enforcement efforts in preparation for Labor Day Weekend, reports TheDenverChannel.com. Just to put this in context, because it sounds like a lot, this works out to an annual number of 24,973 arrests.  The 10-year average is usually between 30,000 and 35,000 consistently. 1,300 arrests for 100 agencies over 19 days is two arrests every three ... END_OF_DOCUMENT_TOKEN_TO_BE_REPLACED

If a police officer says it then it has to be true…right?

Jason Servo, an Oregon police officer who was arrested and subsequently fired for driving under the influence, has filed a $6 million lawsuit against the city of Gresham claiming that his firing violated his rights under the Americans with Disabilities Act.  The lawsuit alleges that Officer Servo was suffering from alcoholism at the time of the incident and should not have been fired as alcoholism is a recognized disability under the act. In January 2011, after enjoying dinner and drinks ... END_OF_DOCUMENT_TOKEN_TO_BE_REPLACED

As we’ve been reporting on this blog for some time, a proposed bill has been circulating in the Colorado legislature that aimed to establish a legal limit on the nanograms of THC per 100 milliliters of blood that state drivers could register in blood tests given by law enforcement officials.  The bill, formally known as House Bill 13-1114, would have made 5 nanograms of THC per 100 milliliters marijuana’s equivalent of the 0.08 blood alcohol content limit for drivers who are ... END_OF_DOCUMENT_TOKEN_TO_BE_REPLACED