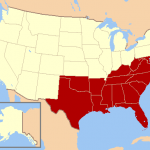 Southern Drawl or Alcohol? Effects of One’s Speech on an Officer’s Perception of Their Soberness

There is an array of characteristics that affect the cadence of one’s speech and their accent. Culture, heritage, geographical location, and education are all contributing factors to the way we speak. For example, it is a widespread stereotype that those from the Southern states of America are pegged with having a “drawl.” But is this endearing charm equivalent to signs that police officers often label as “slurred speech” in citing potential drivers for DUIs? “[S]lurred speech” along with “disheveled clothing” and “odor of alcohol on the breath” are some of most common observations found in police reports to support probable cause. [1]

Slurred speech, among other indicators, is a symptom of alleged intoxication that police officers are instructed to be attentive to, despite seldom possessing any medical or scientific training to support these observations. The arresting officer’s assumption that the suspected individual’s speech was “slurred,” “confused,” or “unintelligible” could arise from the individual’s natural speech, fatigue, or even stress induced from the pressure of being pulled over for a potential DUI/DWI and not solely because of alcohol or drugs. [2] There are approximately 60 pathological conditions that present symptoms similar to alcohol, which makes it very difficult for a speech expert, much less a police officer, to determine that an individual is intoxicated based on their pronunciations. [3] Harry Holien, phonetician, University of Florida, has discovered that “even self-proclaimed experts are pretty bad at estimating people’s alcohol levels by the way they talk.” [4]

Thus, many innocent individuals are charged and prosecuted for DUI based on an officer’s subjective opinion without further evidence. It has been stated, “DUI is one of the few crimes, if not the only crime, that is completely based on a police officer’s subjective opinions.” [5] Despite the lack of objectivity in a potential DUI arrest, it is important to remember there are other non-alcohol related causes of slurred speech, such as, but not limited to: overactive thoughts, muscle tension, over-awareness, anxiety and anxiety medications, tiredness, and caffeine. [6] Thus, DUI attorneys must be cognoscente of the fact that the officer’s subjective, on-the-spot assessment of the client’s sobriety is not always reliable and attempt to exploit the arresting officer’s lack of knowledge and objectiveness in front of a jury to earn their client a favorable outcome.

He is the author of DUI: The Crimes & Consequences in Tennessee, updated annually since 1991 (Thomson-West), and co-author with Lawrence Taylor of the national treatise, Drunk Driving Defense, 7th edition (Wolters Kluwer/Aspen).  Steve has served as an adjunct professor at the University of Tennessee Law School since 1993 and has received a number of prestigious awards for his faculty contributions. He is a popular international speaker, having spoken at legal seminars in 23 states, the District of Columbia and three foreign countries.

The author would also like to recognize and thank Matt Wayne, a second year law student at the University of Tennessee College of Law, for his contributions during the research and editing of this article.