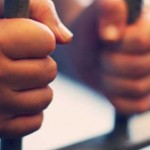 A 2015 study conducted and released by Wallethub.com, a personal finance website, ranks the strictness and/or leniency of penalties relating to DUI convictions in each state and the District of Columbia.   Analysts for the company based their ranking system on several different factors including, but not limited to, mandatory minimum jail sentences and fines, administrative driver’s license suspension, length of time that an Ignition Interlock Device is required to be used by a DUI offender, and average monetary increase of insurance rates (a 19% average increase in Tennessee).

The study, entitled “Strictest and Most Lenient States on DUI”, ranks Tennessee as the 12th strictest jurisdiction in terms of penalizing DUI offenders. (Click here to review the original study.) In Tennessee, a defendant convicted of a first offense DUI is required to spend a minimum of 48 hours in jail, in addition to other disciplinary action that may be taken by the State, including payment of a $350.00 minimum fine. The penalties for subsequent convictions in the “Volunteer State” increase dramatically. They include a minimum sentence of 45 days in jail for a second offense (in addition to a minimum $600.00 fine) and 120 days for a third offense. Fourth (and subsequent) offenses are classified by the state as felonies and are subject to even more harsh punishment.

Though stricter than most states in many regards concerning DUI punishment, Tennessee shares the distinction of being one of only six states that does not administratively suspend an alleged DUI offender’s driver’s license for a period of time immediately following an arrest for Driving Under the Influence. Instead, the determination of whether a suspect violated the Implied Consent Law is generally left to the judge (or jury) deciding the case.

The Wallethub study concludes that being convicted of Driving Under the Influence is costly to a defendant in many ways. In addition to non-monetary loss, it is estimated that DUI arrests cost Americans $60 billion per year, on average.

The author wishes to thank Ms. Angeline Lowe of Knoxville, TN for her assistance in preparing this blog post for publication.