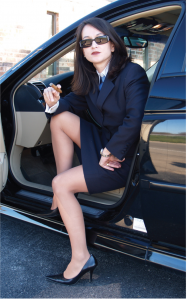 On the topic of blood testing: Blood Test practice tip:
“1-propanol, acetaldehyde, acetone, 2-propanol, isobutanol. . . have been considered as biochemical markers. . . to be flagged as suspicious for microbial contamination.” Forensic Science Intl 174(2008) 133-151.

I have seen many client chromatograms with these compounds. Blood testing needs to be regulated. In Texas, NO such regulations exist. Most labs still don’t even report a margin of uncertainty. There should be a law that the lab videotape the entire testing process. Even in Florida, for pesticide testing on fruits/vegetables there must be 2 lab workers. One to test, the other to witness. There are too many ways the testing goes wrong. Namely using the wrong amount of standard. Or, wrong volumes tested which totally change the result but undetectable on paper.

Previous: If a police officer says it then it has to be true…right?
Next: Clearing DUI Records in Mississippi