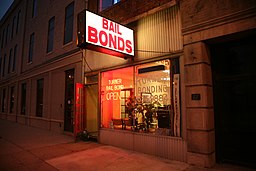 As of July 1, 2022, when a judge determines the amount and conditions of bail to be imposed upon a defendant who has been charged with driving under the influence of an intoxicant (DUI), or a related offense, the court shall require the defendant to operate only a motor vehicle equipped with a functioning ignition interlock device if:

(i) The offense resulted in a collision involving property damage;
(ii) A minor was present in the vehicle at the time of the alleged offense;
(iii) The defendant’s driver license has previously been suspended for a violation of § 55–10–406; or

Proof of installing the ignition interlock device must be submitted within 10 days of being released on bail.  Moreover, if the defendant has one or more prior convictions for any of the above–listed offenses and is charged with vehicular assault, vehicle or homicide, or aggravated vehicular homicide, the court shall consider the use of other special monitoring conditions or pretrial residency in an inpatient alcohol or drug rehabilitation center.

About the Author: Steven Oberman has been licensed in Tennessee since 1980, and successfully defended over 2,500 DUI defendants. Steve was the first lawyer in Tennessee to be Board Certified as a DUI Defense Specialist by the National College for DUI Defense, Inc. (NCDD). Among the many honors bestowed upon him, Steve has served as Dean of the NCDD and currently serves as chair of the National Association of Criminal Defense Lawyers DUI Committee.

He is the author of DUI: The Crime & Consequences in Tennessee, updated annually since 1991 (Thomson-West), and co-author with Lawrence Taylor of the national treatise, Drunk Driving Defense, 9th edition (Wolters Kluwer/Aspen).  Steve has served as an adjunct professor at the University of Tennessee Law School since 1993 and has received a number of prestigious awards for his faculty contributions.  He is a popular international speaker, having spoken at legal seminars in 30 states, the District of Columbia and six foreign countries.  After being named a Fulbright Scholar, Steve was honored to teach as an Adjunct Professor at the University of Latvia Law School in the capital city of Riga, Latvia during the Spring Semester of 2019.  If you would like to contact the author, please visit his website at www.tndui.com.