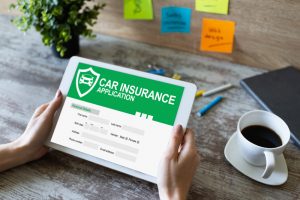 Cars don’t get DUIs.  People get DUIs.  But they get them in cars…and SUVs, and trucks, and even on electric scooters and golf carts. So, are there some models of vehicles which have more DUIs than others?  In this electronic age, you know someone somewhere has the data to answer that question.  That someone is insurify.com, and they did the number-crunching to provide a list of the Top 10 vehicles with the most DUIs in 2021.

Methodology
Insurify.com uses artificial intelligence to provide an online comparison platform to help its users shop for auto insurance.  Its users also submit applications for auto insurance.  In those applications, drivers provide information which includes the make and model of their vehicle and the moving violations on their record in the last seven years, including DUI.

The research team at insurify.com examined the data from its database of approximately four million car insurance applications.  The research team found that, in the United States, 19 out of every 1,000 drivers reports at least one DUI within the last seven years.  They also learned that, out of 415 different vehicles, some models had more than their share of DUIs.  For the models in the list of the top ten, 42 out of every 1,000 drivers had a DUI within seven years.

Results
According to the insurify.com report, the vehicles with the most DUIs in 2021 are:

Observations
The insurify.com report observes that the list of models with the most DUIs in 2021 is comprised of a variety of vehicle types.  Some are sports cars and luxury sedans, while others are trucks and minivans. Some are expensive, while others are low-cost.

The report also observes that older car models have more DUIs:  six of the top ten models on the list were discontinued as of 2008.  It notes the age groups with the most DUIs are 21-24 year-olds and opines that younger drivers may purchase less expensive vehicles, which tend to be older.  Despite putting forth this theory, the article explicitly states the study does not imply the existence of a causal relationship between DUI and vehicle model.