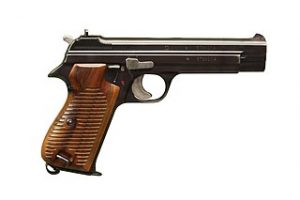 Moreover, a permit will also not be issued to an applicant who is under indictment or information for DUI, whether a felony or misdemeanor at the time of the application. T.C.A. § 39-17-1351(c)(7). This does not, however, seem to affect an applicant who has been arrested by warrant or citation and whose case is still pending in General Sessions Court. See T.C.A. § 39-17-1351(c)(7). As always, the best advice to take every measure possible to avoid a DUI conviction.  The punishment and collateral adverse consequences continue to increase.

About the Author: Steven Oberman has been licensed in Tennessee since 1980, and successfully defended over 2,500 DUI defendants.  Steve was the first lawyer in Tennessee to be Board Certified as a DUI Defense Specialist by the NCDD. Among the many honors bestowed upon him, Steve has served as Dean of the National College for DUI Defense, Inc. (NCDD) and currently serves as chair of the National Association of Criminal Defense Lawyers DUI Committee.

He is the author of DUI: The Crime & Consequences in Tennessee, updated annually since 1991 (Thomson-West), and co-author with Lawrence Taylor of the national treatise, Drunk Driving Defense, 9th edition (Wolters Kluwer/Aspen).  Steve has served as an adjunct professor at the University of Tennessee Law School since 1993 and has received a number of prestigious awards for his faculty contributions.  He is a popular international speaker, having spoken at legal seminars in 30 states, the District of Columbia and six foreign countries.  After being named a Fulbright Scholar, Steve was honored to teach as an Adjunct Professor at the University of Latvia Law School in the capital city of Riga, Latvia during the Spring Semester of 2019.  If you would like to contact the author, please visit his website at www.tndui.com.