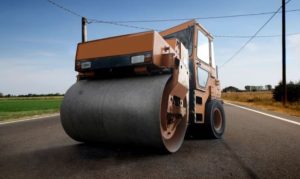 Ohio law prohibits operating a vehicle with prohibited levels of drug metabolites in one’s blood or urine.  The law is inconsistent with science, but attacks on the law’s validity have been unsuccessful.  A new case from the Ohio Supreme Court on the issue of drug metabolites hints that the Court may be open to examining the validity of Ohio’s drugged driving law.

‘Possession’ and Drug Metabolites
The case is State v. Foreman.  Foreman gave birth to a child which displayed symptoms of drug withdrawal.  The child was tested for drugs, and the results showed the presence of cocaine metabolites in the child’s urine and umbilical cord tissue.  Foreman admitted using cocaine during her pregnancy and was charged with cocaine possession.  Foreman took the case to trial and was convicted.

The Court reasoned that, because the cocaine had been metabolized in Foreman’s body, she did not have control over it, so she did not ‘possess’ it.  The Court stated, “We therefore conclude that evidence of the mere presence of cocaine metabolites in Foreman’s body at the time that she gave birth to J.B. at Tiffin Mercy Hospital was insufficient to prove that she possessed cocaine in Seneca County.”

Drug Metabolites and Cruel & Unusual Punishment
Although the Foreman case dealt with drug possession, language from the Court’s opinion may prove helpful in the changing Ohio’s drugged driving laws.  First, the Court acknowledge that cocaine metabolites can be detected in urine for over a week after ingestion.  Therefore, if the presence of metabolites proved cocaine possession, a person could be prosecuted for cocaine possession in every Ohio county the person enters for over a week after ingesting cocaine.

Second, the Court observed that prosecuting a person for drug possession based on the presence of the drug’s metabolites “seems dangerously similar to the criminalization of the “status” of having previously used or ingested a controlled substance”.  Criminalizing “status” (as opposed to an act) is a violation of the Eighth Amendment’s prohibition against cruel and unusual punishment, as recognized by the United States Supreme Court case Robinson v. California.

Cruel & Unusual Punishment and Ohio Drugged Driving Law
Ohio’s drugged driving law punished status.  The law makes it illegal to operate a vehicle with prohibited levels of certain drug metabolites.  For example, it is unlawful to operate a vehicle with 35 nanograms (or more) of marijuana metabolites per milliliter in a person’s urine, even if the person’s driving is not impaired.  Marijuana metabolites may be present in a person’s urine for up to five weeks, while the effects of the THC in marijuana only last for two to five hours.  Therefore, as the presence of marijuana metabolites in a driver’s urine proves OVI (Operating a Vehicle under the Influence), a driver could be prosecuted for OVI in every Ohio county the person enters for five weeks after using marijuana, even though the marijuana stopped affecting driving ability two to five hours after its use.

The Foreman decision was not based on the cruel and unusual punishment of criminalizing “status”.  However, the Court clearly expressed a concern about violating this Constitutional principle by punishing people who have the presence of drug metabolites in their bodily fluids.  The Court’s concern may signal it will be receptive to striking-down Ohio’s OVI laws which criminalize operating a vehicle with drug metabolites in one’s blood or urine.