Home / Ohio DUI News / What is the Impact of Ohio DUI / OVI on Insurance Rates?

What is the Impact of Ohio DUI / OVI on Insurance Rates? 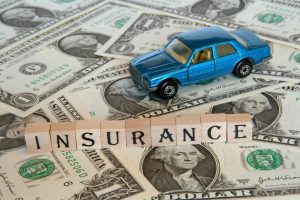 Why Do Premiums Increase After an OVI Conviction?
An insurance company typically finds out about an insured’s driving history when the driver applies for a new insurance policy or applies to renew an existing policy.  During the application or renewal process, the company obtains the driving history of each driver to be covered by the policy.  If the driving history is obtained through the Ohio Bureau of Motor Vehicles, the history goes back three years.

When an insurance company obtains the driving history, the company reviews the driver’s previous accidents and the driver’s previous convictions for traffic offenses.  With regard to traffic offenses, OVI is considered to be probably the most risky driving offense because operating a vehicle under the influence leads to more collisions than other traffic violations.  When the insurance company sees a conviction for OVI, the company will conclude the driver is likely to engage in dangerous driving behavior in the future.  As a result of the increased risk that driver will be involved in a future collision, the company charges a higher premium.

If you find yourself charged with OVI in Ohio, you will need to quickly decide whether you will plead guilty or contest the charge, as your first court appearance will take place within five business days.  If you are hoping to avoid an OVI conviction and the associated consequences, including increased insurance premiums, you may choose to contest the charge.  If you contest the charge, you will benefit from representation by a highly qualified OVI defense attorney.

Previous: Alabama’s 2021 Law Now Allows Criminal Convictions to be Expunged
Next: Deputies arrest boater for BUI after he allegedly sprayed them with saltwater in Key Largo