Am I Stoned? A New Phone App 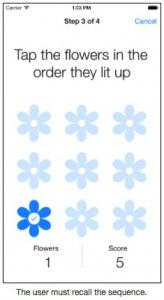 According to Inverse.com, the National Institute on Drug Abuse has now created a mobile phone app that can determine if you are impaired due to marijuana consumption. The app, presented by Elisa Pabon, a Ph.D. candidate at the University of Chicago, is called, “Am I Stoned?”

The app, while not yet ready for distribution, tracks performance on certain digital tasks performed on one’s smart phone. Surprisingly, the most accurate assessments of impairment came from the study participants.  “With regard to self-assessments, subjects were in general accurate in their awareness of impairments on the tasks,” according to the published results of the study of 24 subjects, some of whom consumed marijuana in varying amounts.

The ultimate goal, of course, is to create a product that allows people to easily self-assess their sobriety. Unlike breath tests for alcohol, no similar device yet exists for marijuana, or THC, although several such devices are in the process of development. For more information on this topic, check out some of our previous posts by clicking here.  Until then, it is best not to drive while stoned.