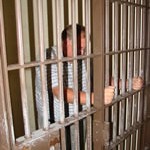 Tennessee is again increasing penalties for multiple DUI offenders.[1] The 2016 Tennessee General Assembly amended Tennessee Code Annotated §55-10-402 to penalize more severely those who are convicted with six or more DUI convictions. This change applies to anyone committing an offense on or after July 1, 2016.

As the law currently stands, a conviction for a 4th or subsequent DUI offense is a Class E Felony, which has a punishment range of 1-6 years. Accordingly, the law does not change how 4th and 5th offense convictions are classified. However, after June 30, 2016, a person who commits and is convicted of a 6th or subsequent DUI offense will be sentenced as a Class C Felon, which carries a sentencing range of 3-15 years.

This means the mandatory minimum jail sentence for a person convicted of a sixth or subsequent DUI conviction will not change from 150 days, but the maximum sentence will increase from six years to fifteen years of incarceration.[2] This highlights the importance of hiring a well-qualified DUI defense lawyer.