No Powdered Alcohol for Sale in Tennessee 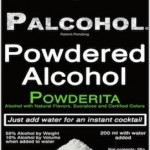 The Tennessee Senate has approved legislation in 2015 that would ban the sale of powdered or crystalline alcohol in Tennessee. Specifically, Senate Bill 0374 would make it a Class A misdemeanor offense to sell the product. A similar Bill ( HB0404) has been filed in the Tennessee House of Representatives. A Class A misdemeanor generally carries a penalty of from straight probation to 11 months, 29 days in jail; a fine from $0 to $2,500; or both, plus court costs.

“Palcohol” is the brand name for the new product, and the federal Alcohol and Tobacco Tax and Trade Bureau recently approved the product’s label. When mixed with water, the powdered alcohol becomes a cocktail. However, there are concerns nationwide about this new substance.

First, Palcohol is susceptible to abuse by underage drinkers – especially because of its accessibility. Second, there is concern that misuse of the product could become prevalent because it can be easily sprinkled onto someone’s food or in their drink without that person’s knowledge. Third, powdered alcohol would not be defined as an alcoholic beverage under current Tennessee law because it is not a liquid. As a result, powdered alcohol would be free from regulation by the Tennessee Alcoholic Beverage Commission. Accordingly, it could be sold directly to minors in grocery stores, via the Internet, or via host of other methods and locations. The distinct possibility exists that persons, particularly those under the legal drinking age of 21, would be more likely to drive while under the influence of an intoxicant (Underage DWI, DUI or DWI).

This particular legislation will likely prove effective because it bans the sale of powdered and crystalline alcohol altogether, without qualification. The effort to keep this new substance from being sold in the state of Tennessee will set a precedent that, although new, this substance is illegal to sell in Tennessee. To date, thirteen states have enacted similar legislation seeking to ban the sale of powdered alcohol.

The author would also like to recognize and thank Kaya Porter, a second year law student at the University of Tennessee College of Law, for her research contributions to this article.