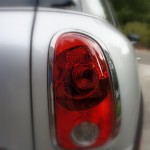 On December 15, 2014, the United States Supreme Court handed down a monumental case in the world of criminal justice. The U.S. Supreme Court declared in Heien v. North Carolina that ignorance of the law for a police officer is an excuse justifying an otherwise invalid traffic stop. On April 29, 2009 shortly before 8:00 am, Sergeant Matt Darisse of the Surry County Sheriff’s Department pulled over Nicholas Heien on Highway 77 for having a brake light out. This is the only traffic infraction he observed. The legal issue was that having only one brake light is not illegal. But, the cop gained consent to search the vehicle and then found illegal drugs. Under the 4th amendment doctrine of “fruit of the poisonous tree,” Heien attempted to have the drug case dismissed. He argued that the stop was illegal to begin with. As Ben Franklin said, applicable to situations like these, “Those who would give up essential liberty, to purchase a little temporary safety, deserve neither liberty nor safety.”

Why is allowing the police to be ignorant of the law a problem?

Sure, no one wants illegal drugs on our streets. But, the price of liberty and safety from unwarranted stops requires that no one be ill afforded the protection of our laws lest we all sacrifice them. To sustain the drug conviction, the U.S. Supreme Court had to find a way to justify the stop. Or did they? It’s a sign of our times that basic constitutional protections are being eroded in the name of public safety; but this does not make it right. Our Founders created our laws on the basic premise that the ends never justify the means. They created a country where the rule of law trumps. To protect the country from tyranny, the government must follow the law, or the “means”. Chief Justice Roberts attempts to justify the stop on the basis that a reasonable person could misconstrue the statute. There are several flaws with this appeal to logic.

The problems with the statute

First, the statute itself is an issue. North Carolina Gen. Stat. Ann. §20-129(g) (2007). The statute refers to “a” stop lamp in the singular. This singular phrase “stop lamp” versus “stop lamps” mentioned three times. There are four ample references in two sentences to find out one need only have a singular, working brake light to be legal. Second, Justice Roberts fails to acknowledge that we are not talking about a reasonable person standard in the proper context. Reasonableness references in our laws are dominant in the law. It appears in legal burdens and in the application of law and facts, not knowing the law. Police officers take oaths to know, follow and enforce the law. Subjective standards of reason apply to the application of law and the evidence. We don’t give police officers free passes to restrain people’s liberties and hope they get it right based on their ability to understand the law. Sure, if a police officer has reasonable suspicion that warrant a detention based on facts, our laws give them the power to stop and investigate. As Justice Sotomayor states in her dissent, “The actual state of the law should control rather than a reasonable misunderstanding of the law.” Laws exist to prevent chaos and disorder. We introduce such chaos and disorder when we leave the laws open to subjective interpretation by those sworn to uphold the law.
Chief Justice Roberts further gets it wrong. He states, “The Court’s holding does not discourage officers from learning the law.” He knows better. For example, to get relief for the knowing and willful destruction of evidence by a police officer a citizen must prove bad faith. Does this ever happen? Of course not. Innocent explanations of accidents and unexplainable intervening events are always the line one hears on the witness stand. The Heien ruling establishes that bad recitation of the law may justify stops despite the absence of actual illegal conduct. The ruling erodes the 4th amendment protections against unreasonable search and seizure.

Chief Justice Roberts states that mistakes of law must be ‘objectively reasonable.’ For example, look at law enforcement’s track record on ‘objectively reasonable’ in the world of DWI/DUI. In states like Texas, cops are arresting people for DWI for being asleep in their car in parking lots. In other words, there are no facts about driving. Failure to maintain a single lane stops where a motorist leaves a lane by inches without danger are common. This is despite the statute requiring that the driving be unsafe. Our courts are the proper forum to determine the reasonableness of a police officer’s interpretation of the laws. The Heien ruling is an attempt to evade such responsibility. It also provides a rubber stamp illegal police action at the costs of our citizens’ liberties.

Ignorance of the law is not a two-way street

The irony of this all is that the reasonable standard the U.S. Supreme Court is espousing does not work both ways. If a motorist is mistaken about the speed limit in an ever changing speed limit zone, he or she would not absolve themselves of responsibility based on the reasonableness of their belief or explanation. A bedrock of democracy is accountability. A society that absolves police officers of this is not a democracy at all but tyranny. Our Founding Fathers created this country, its Constitution and its laws in reaction to encroaching government with no representation. Yet, our Supreme Court is expanding the role of today’s police state despite the spirit of our Constitution. This is being done in the name of ‘reason’. It is time for a President to appoint an experienced criminal defense lawyer who understands the value of our freedoms to the Supreme Court.