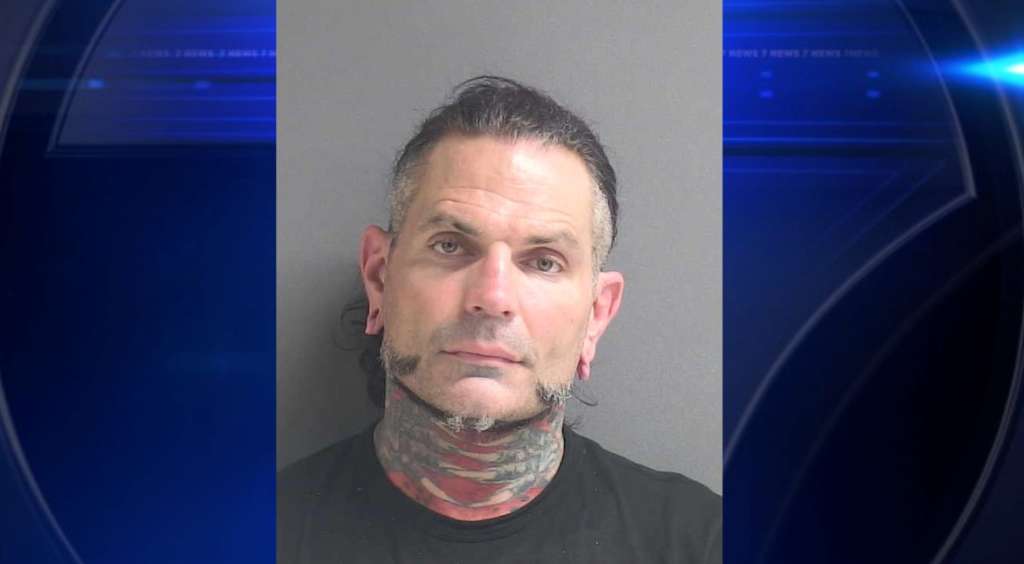 Pro wrestler Jeff Hardy was arrested for driving under the influence and other charges in Volusia County, Florida earlier this month. Court records reflect that Hardy is charged with a felony DUI (3rd within 10 years) as well as driving with a suspended license. Hardy, 44, was stopped by a Florida Highway Patrol trooper after receiving calls about an impaired driver on I-95 near Daytona Beach.

Hardy wrestled in the WWE along with his brother, Matt Hardy. He’s now is on the roster of the All Elite Wrestling league.

A resident of Cameron, North Carolina, Hardy’s arraignment is scheduled for July 5, 2022.

Licensed to practice since 1982, Jonathan Blecher has defended over 5000 DUI and suspended driver license cases. A former Assistant State Attorney under Janet Reno, Jonathan later developed his interest and skills in DUI defense working under DUI legend Richard Essen, a founding member of the National College for DUI Defense. A member of the College himself, Jonathan has lectured on DUI topics at seminars, civic and business groups, as well as at the Miami-Dade County Police academy in courtroom procedure for police cadets. Jonathan is AV-Rated by Martindale-Hubbell and is authorized to appear before the Supreme Court of the United States, the Fifth and Eleventh United States Courts of Appeal, the U.S. District Court for Southern and Middle Districts of Florida, as well as the U.S. District Court for the Eastern District of Michigan.

Previous: 4 Ways to Better Your Chances In Court
Next: Toughest Vehicular Homicide Penalties Are Now In Tennessee