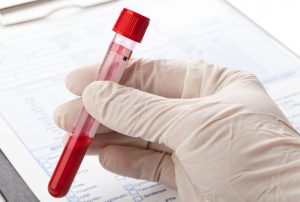 Every state has a law which prohibits driving under the influence of marijuana.  To enforce those laws, governments use roadside field sobriety tests to detect marijuana intoxication and laboratory tests to measure THC levels in blood and urine.  The use of these tests is premised on the belief that performance on field sobriety tests and THC levels are correlated with marijuana intoxication.  A recent study conducted for the United States Department of Justice shows that belief is wrong.

Field Sobriety Testing and Marijuana Intoxication
When a driver is suspected of being under the influence, law enforcement officers typically administer standardized field sobriety tests (SFSTs).  The tests were developed by the National Highway Traffic Safety Administration (NHTSA) to predict a driver’s blood alcohol concentration (BAC).  The tests were not designed to measure driving impairment and have never been correlated with levels of THC, the psychoactive compound in marijuana.  Nevertheless, officers administer the tests when a driver is suspected of driving under the influence of marijuana.

For the study, 20 individuals participated in six double-blind sessions which were at least one week apart.  Each participant consumed cannabis brownies with varying THC levels or inhaled vaporized cannabis with varying THC levels.  Each hour for the next eight hours, THC was measured in biofluids (blood, urine, and oral fluid), and three categories of effects were assessed:  subjective, cognitive, and psychomotor.  The tests for psychomotor effects included the SFSTS, and other tests included the paced serial addition test, digit symbol substitution test, divided attention test, DRUID iOS app test, modified Romberg test, and pupillary response test.

Field sobriety tests were unaffected by THC.  Nystagmus was evaluated, but the report does not provide any test results.  For the other tests: “One leg stand, walk and turn, and modified Romberg balance field sobriety tests, which are part of a battery of tests administered to detect alcohol impairment, were not sensitive to cannabis intoxication.”  The SFSTs are not correlated with a THC level or marijuana impairment.

THC Levels and Marijuana Intoxication
When a driver is arrested for operating a vehicle under the influence of marijuana, the driver is asked to provide a blood or urine sample for testing.  A laboratory then tests the blood or urine and measures the level of THC in the bodily fluid.  The result of the test is then used in court as evidence to prove the driver was under the influence of marijuana.

The RTI study found levels of THC in biofluids were unrelated to impairment: “None of the targeted analytes in any biological sample correlated well with impairment measures for either route of administration.”  The RTI report concludes, “Our work indicates that THC is not a reliable marker of cannabis impairment.”