Home / Tennessee DUI News / Which States Drink the Most? Surprise!!

Which States Drink the Most? Surprise!! 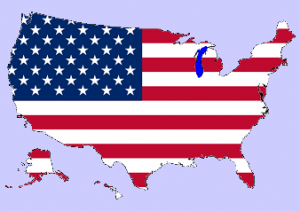 The National Institute on Alcohol Abuse and Alcoholism released a report in April 2020 discussing the findings of a 2018 survey of per capita alcohol (ethanol) consumption in the United States. The proportion of ethanol used for each beverage type were 0.045 for beer, 0.129 for wine, and 0.411 for spirits.  (citation omitted) The report reveals consumption trends through 2018, including:

Interestingly, the Alcohol Epidemiologic Data System (AEDS) used sales data from the beverage industry rather than alcoholic beverage consumption levels because the authors believed the data to be more accurate. Also of interest is the fact that AEDS obtained state population estimates for those 14 years of age and older to calculate the per capita consumption rates.  Although below the minimum legal age for purchasing alcoholic beverages, the age of 14 was used because most self-report surveys indicate that many people drink alcoholic beverages at age 14, according to this report.

So which states drink the most?  The fifth smallest state (by area) of New Hampshire placed first in per capita consumption.  Utah, with the strictest DUI laws in the country, consumed the least amount.  Tennessee, the home of this author, ranked 40/51 (the District of Columbia was included), despite being home to the Jack Daniel’s distillery.

Find out where your state ranks.  You can review tables and figures in the report here, and maps and a ranking of all the states here.

Previous: DUI Case Certain To Be Heard By Kansas Supreme Court
Next: Man Charged in DUI Crash That Killed 12-Year-Old Boy Riding Bike With His Father