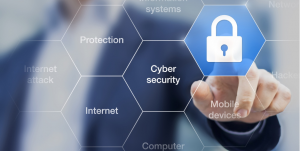 Photo courtesy of the FBI; https://www.fbi.gov/scams-and-safety

According to WATE-TV in Knoxville, the Knoxville, TN FBI field office is reporting a “new twist on an old scam.”  Scammers are scaring victims by telling them their child was arrested for Driving Under the Influence of an Intoxicant (DUI)  after a serious crash.

The scammers pose as the child and attorney to demand bail in cash due to COVID-19.  The FBI recommends attempting to reach their child to confirm their safety.

There are a lot of things that don’t make sense to those who understand the legal system.  Forst of all, while possible, it is unlikely that an attorney would be the first to contact a loved one after an arrest.  It is much more likely to be the child and/or a bonding company making the call to post bond.  Secondly, a cash payment is more likely to transmit COVID-19  than a credit card or check.  Third, the bail money must be paid directly to an officer at the jail or court clerk, so the lawyer would not typically be involved in that transaction.

Finally, many, if not most, of the jails and court clerks’ offices in Tennessee report recent arrests and/the court dockets online.  The fastest way to verify an arrest is online through the respective county Sheriff’s Department.  For instance,  one may click here for the Knox County, Tennessee Sheriff’s Inmate List.

Don’t let a scammer prey on you by scaring you into making a quick decision.  While jail may not be the most pleasant place, there is likely no harm taking the time to verify the situation.  Moreover, there may be a better method to make bond–whether it is through a bonding company, or otherwise.  Learn more about making bail bonds by listening to this podcast.