Home / Montana DUI News / Are There Drive-Thru Bars During The Corona-Virus Pandemic?

Are There Drive-Thru Bars During The Corona-Virus Pandemic? 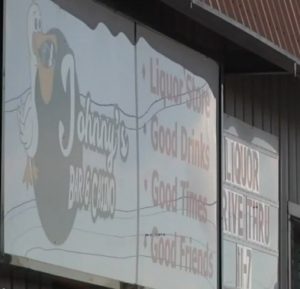 While drive-through bars may seem like a novel idea, customers of these bars should make themselves aware of their local laws in order not to violate restrictions against open containers of alcohol or driving under the influence of an intoxicant. To ensure there are no criminal violations, this author recommends waiting to consume the drinks until arriving at home.

He is the author of DUI: The Crime & Consequences in Tennessee, updated annually since 1991 (Thomson-West), and co-author with Lawrence Taylor of the national treatise, Drunk Driving Defense, 8th edition (Wolters Kluwer/Aspen).  Steve has served as an adjunct professor at the University of Tennessee Law School since 1993 and has received a number of prestigious awards for his faculty contributions.  He is a popular international speaker, having spoken at legal seminars in 30 states, the District of Columbia and six foreign countries.  After being named a Fulbright Scholar, Steve was honored to teach as an Adjunct Professor at the University of Latvia Law School in the capital city of Riga, Latvia during the Spring Semester of 2019.  If you would like to contact the author, please visit his website.