“End Drunk Driving Act” And Others Introduced In Congress 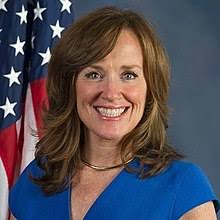 As reported by Patch.com, on May 30, 2019, Long Island, NY Congresswoman Kathleen Rice introduced a package of three bills that would combat impaired and distracted driving.  The End Drunk Driving Act will require that within 10 years, all new cars sold in the U.S. come equipped with advanced DWI-prevention technology.  According to the Garden City Democrat, “… nearly 15,000 were killed in 2018 because of an impaired or distracted driver – these are deadly and tragic epidemics that have claimed too many lives and destroyed too many families. It’s past time that we take action at the federal level to end this crisis.”

The DWI-prevention technology includes that which detects a driver’s blood alcohol content (BAC) and prevents the car from moving if the driver’s BAC is at or above the legal limit. The technology is currently being developed through the Driver Alcohol Detection System for Safety (DADSS) program, Rice said, a research partnership between the National Highway Traffic Safety Administration (NHTSA) and the Automotive Coalition for Traffic Safety (ACTS), which represents 17 leading automobile manufacturers.

Congresswoman Rice also introduced “The Prevent Impaired Driving Child Endangerment Act,” which would set national standards for criminal penalties against individuals who drive while intoxicated or impaired with a child in the vehicle.  A third proposal,

The third bill, “The Distracted Driving Education Act of 2019,” would authorize the U.S. Secretary of Transportation to award $5 million in competitive grant funding to non-profit organizations working to educate the public and prevent distracted driving in communities across the country.

The “new” touch technology has been discussed in legal circles for at least 20 years.  While the courts will have to decide if our constitutional Due Process rights prohibit such technology, it would take a long time before the “older” vehicles are off the roadways.  Further, some of the proposed state requirements (such as requiring ignition interlock systems for convicted DUI offenders) have been implemented in a number of states (such as Tennessee) for many years.  Nonetheless, if the technology is accurate and saves lives without violating our individual rights, this legislation could be a good start.