Home / Minnesota DUI News / The Birds Are Flying Under The Influence

The Birds Are Flying Under The Influence 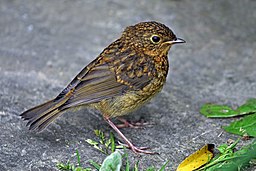 Even the birds in Minnesota are flying drunk. CNN is reporting that Robbins and waxwings are feasting on berries that has fermented earlier than usual because of an early frost. The sugar in the fruit turns into alcohol as they lose moisture.

Getting intoxicated can be quite dangerous for them, according to Anna Pidgeon, an associate professor at the University of Wisconsin’s Department of Forest and Wildlife Ecology.”  (They) lose their coordination, they lose their natural ability to escape predators — including poor judgment when it comes to flying.”  The birds can also get alcohol poisoning.

The good news is that the public is likely going to be unaffected unless the birds start carrying passengers.

He is the author of DUI: The Crime & Consequences in Tennessee, updated annually since 1991 (Thomson-West), and co-author with Lawrence Taylor of the national treatise, Drunk Driving Defense, 8thedition (Wolters Kluwer/Aspen).  Steve has served as an adjunct professor at the University of Tennessee Law School since 1993 and has received a number of prestigious awards for his faculty contributions.  He is a popular international speaker, having spoken at legal seminars in over 30 states, the District of Columbia and three foreign countries.