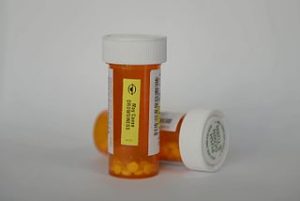 The crime of Driving Under the Influence (DUI, DWI, OWI, etc.) may be committed by driving while impaired due to any intoxicant or combination of intoxicants.  These include, among other intoxicants, alcohol, prescribed medication or illegal drugs.   A 2016 study by the Governors Highway Safety Association (“GHSA”) shows a trend in fatal drug related crashes surpassing deadly accidents involving alcohol. Experts say this trend derives from states legalizing marijuana combined with the current opioid epidemic in America.

As noted in a CBS TV interview, this trend is especially disturbing because identifying and testing a driver for drug impairment can be difficult due to the lack of a nationally recognized test, as opposed to a breathalyzer or blood test for alcohol impairment.

This difficulty creates a high risk for accidents on the road. For instance, CBS reports a woman on sedatives and painkillers caused a deadly accident just 19 minutes after causing a fender bender in which the officer let her go because he had no indication of drug impairment.

In an effort to prevent more deaths on the road, many police departments are now training officers to better detect drivers who are under the influence of drugs. In fact, the National Highway Safety Administration (NHTSA) and International Association, the Transportation Safety Institute, and the International Association of Chiefs of Police combined Advanced Roadside Impaired Driving Enforcement (A.R.I.D.E.) program is among the most popular continuing education programs for officers across the U.S.

He is the author of DUI: The Crime & Consequences in Tennessee, updated annually since 1991 (Thomson-West), and co-author with Lawrence Taylor of the national treatise, Drunk Driving Defense, 8th edition (Wolters Kluwer/Aspen).  Steve has served as an adjunct professor at the University of Tennessee Law School since 1993 and has received a number of prestigious awards for his faculty contributions.  He is a popular international speaker, having spoken at legal seminars in 30 states, the District of Columbia and three foreign countries.

The author would like to thank University of Tennessee Law School student, Brooke Spivey, for her contributions to this article.