Have or Need a Commercial Driver’s License? 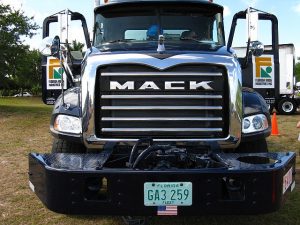 If you have, or if you are planning on getting, a Commercial Driver’s License (CDL), you need to know a little bit about how and why prosecutors take such a hard stance on traffic and other related violations when they involve drivers with a CDL. One way to get a good overview is to review, “Commercial Drivers Licenses: A Prosecutor’s Guide to the Basics of Commercial Motor Vehicle Licensing and Violations (Second Edition).” This guide was funded, at least in part, from a Federal Motor Carrier Safety Administration grant. Accordingly, it may be downloaded, free of charge, from the National District Attorneys Association website: http://www.ndaa.org/ntlc_commercial_vehicles.html.

This document discusses, among other topics: CDL basics from the Commercial Motor Vehicle Safety Act; Driving Under the Influence of an intoxicant (driving while impaired); licensing requirements; driver responsibilities; considerations in charging certain offenses; distinguishes “convictions” and ”masking,” and the manner in which convictions are reported. The true importance of this document, though, is to alert the commercial truck driver to the fact that these laws can be complicated.

For instance, for the purposes of the laws governing commercial motor vehicle licenses, a “conviction” may occur even if a case is dismissed if the driver is required to pay the court costs. Accordingly, the definition of certain terms may be much broader then what is typically used in criminal justice systems. Moreover, masking, deferring imposition of a judgment, or allowing the driver to enter into a diversion program that would prevent a conviction for any violation, in any type of motor vehicle (even a personal vehicle), of most traffic control laws from appearing on the drivers record is prohibited for CDL holders.

Accordingly, if your CDL license is important to you, it is critical to hire a knowledgeable lawyer in your jurisdiction to properly defend you. Once the court has made its decision, it will likely be too late to change it.