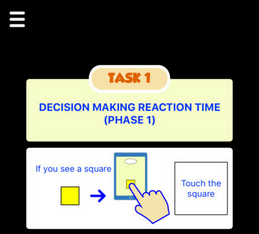 Screenshot image of the DRUID app, courtesy of the iTunes store.

The effects of alcohol intoxication are relatively well-known, and they are also relatively universal among different people. The amount of alcohol concentration in one’s bloodstream that causes these effects differs among each of us (e.g. tolerance). Moreover, the amount of time it takes to experience these effects is dependent upon a number of factors such as how quickly the alcohol is consumed, the amount of food in one’s stomach, etc. Nonetheless, all states[1] in the U.S. have adopted the 0.08% legal limit for alcohol in the blood. That is why .08% is often referred to as the per se level of alcohol in the bloodstream.

This means that if a person otherwise meets all requirements (elements) of the crime of driving under the influence of alcohol, if their blood alcohol level is .08%, or more, they would be considered guilty of that crime without regard to their impairment level. Accordingly, even if a person’s tolerance level allowed them to act (drive) normally, they would still be in violation of the law.

Drugs (both legally prescribed and otherwise), however, are not as simple to analyze for these purposes. Dosages and effects of the thousands of drugs vary dramatically between individuals. The same dosage of a drug that renders one person unsafe to drive may have virtually no effect on another. In response to this quandary, some states have responded to this uncertainty by simply banning in one’s bloodstream any amount of a drug that could have impairing effects on an individual’s ability to drive.

No one wants to intentionally drive while impaired—if not due to concern about others, due to their concern for their own safety. This creates a serious issue for law-abiding citizens legally using drugs or medication who want to know if they may be considered too impaired to drive under the law. For instance, in states where recreational marijuana is legal, a person may want to ensure that he or she can drive safely before getting behind the wheel. A person who has been imbibing alcohol can take a breath alcohol test using one of the many devices available to the public and estimate their blood alcohol level from the results. There is no similar test to indicate the level of intoxicating drug in one’s system or to measure actual impairment from drugs (including alcohol).

One company, however, is seeking to change this. DRUID (DRiving Under the Influence of Drugs) is a mobile app that seeks to measure an individual’s level of actual impairment based on performance of various tasks. Rather than measuring levels of an intoxicant in the blood, this app gathers information about real-life, meaningful skills necessary to safely operate a motor vehicle. The app claims it does not collect any personally identifying information; it is solely for an individual’s personal knowledge and use.

A person takes the unique tests while sober to create a baseline performance level. There are five skills that the app creators have determined are essential indicators of impairment: reaction time, decision making, divided attention, hand-eye coordination, and balance. Once a person’s baseline has been established, he or she can take the tests any time to get an allegedly concrete measurement of how significantly each of these skills are impaired. For example, after ingestion of an intoxicant, the DRUID app may show that a person’s reaction time is 20% slower than it was prior to ingestion. The questions still remain: How accurate is the test? What variables exist in determining the baseline level and “current” impairment level? At what level of reduction should one decide not to drive—1% lower? 5% lower?

Knowledge is power, and this DRUID app seeks to enable people to make informed decisions based on concrete evidence about whether they are impaired. This may not yet provide the perfect answer, but it may be step in the right direction.

[1] with the exception of Utah, which recently passed legislation lowering the legal alcohol limit to 0.05%

He is the author of DUI: The Crime & Consequences in Tennessee, updated annually since 1991 (Thomson-West), and co-author with Lawrence Taylor of the national treatise, Drunk Driving Defense, 8th edition (Wolters Kluwer/Aspen).  Steve has served as an adjunct professor at the University of Tennessee Law School since 1993 and has received a number of prestigious awards for his faculty contributions.  He is a popular international speaker, having spoken at legal seminars in 30 states, the District of Columbia and three foreign countries.