The Newest in BodyCam Technology 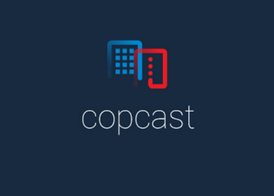 Officers may not particularly like recordings of traffic stops and DUI investigations—after all, who wants all their actions recorded for review by their supervisor and potentially the public? Nonetheless, body cameras are invaluable in protecting both officers and citizens during non-routine encounters because the video footage provides a complete and unbiased recordation of the full situation.

In DUI cases, though, the recordings provide experienced defense counsel the opportunity to detect Constitutional violations and procedural mistakes. In particular, lawyers scrutinize the recordings for errors made during an investigation of someone charged with driving under the influence of an intoxicant. For instance, these attorneys review, among other things, the officer’s instructions and scoring of the National Highway Safety Administration (NHTSA) Standardized Field Sobriety Tests (SFSTs).

A USA Today article that discusses a new option for body cameras asserts that there is evidence that the use of body cameras can positively improve police-community interaction as well contribute to reductions in police excessive use of force. Even where all parties agree that equipping officers with body cameras is beneficial, the most common excuse for law enforcement agencies that fail to utilize this technology is the cost of the recording equipment.

New technology, however, may allow more departments to afford body cameras by making use of equipment that practically every person already owns: a smart phone. A Brazilian think tank, Igarape Institute, has developed and is testing a smartphone app called CopCast that allows officers to transform their smartphones into body cameras during their shifts.

According to the USA Today article, the new system works like this: “Officers download the CopCast app on a smartphone, and supervisors download a desktop version. Officers can strap the phone onto their chest and hit a button to start recording audio and video, which can be streamed live by supervisors monitoring from headquarters and show the exact location of the officer using GPS technology. The officer hits another button which ends the stream, and the entire encounter is automatically saved on a server.”

The CopCast app has been in the works since 2013 and is being developed in partnership with Google’s Jigsaw, an incubator within the company whose goals are to create technology to tackle some of the world’s toughest global security challenges. It is currently being tested with the City of New Jersey Police Department, and it has been implemented for trials in both Brazil and South Africa.

The website of the developer and think tank, Igarape Institute, outlines three basic goals of the Smart Policing Project. “First, it intends to enhance oversight over the police and prevent and reduce corruption and the excessive use of force. Second, it is intended to also improve the protection of officers from false accusations and provide an additional layer of protection for patrolling officers. Third, it is designed to improve police interaction with communities.”

As the CopCast app undergoes additional testing in the field, the feasibility of this cost-efficient technology will become more clear. Ideally, it will provide an option for even small police departments to implement technology that helps keep both officers and citizens safe. An added benefit to criminal defense lawyers, though, is that this technology may eliminate the excuse of law enforcement agencies not to record the interactions of officers with citizens accused of driving while impaired or driving under the influence of an intoxicant.

Previous: Can a Cop Detect Marijuana Intoxication?
Next: Charged with a DUI in Mississippi? Tips on Finding the Best DUI Defense Lawyer