Cross the Fog Line 1 Time, Expect to be Stopped 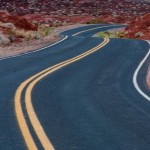 Issued on the same day (February 11, 2016) as State v. Davis, (See, Cross the Center Line 1 Time, Expect to be Stopped), the Tennessee Supreme Court decided whether crossing the fog line is sufficient reason for an officer to stop the driver and investigate further.  The facts of State v. Linzey Danielle Smith were that the Trooper observed the Defendant crossing over the fog line with the two right wheels of her car and then twice touching it with the right wheels of her car.  She was then determined to be Driving Under the Influence of an Intoxicant and ultimately convicted of the same.

(1) A vehicle shall be driven as nearly as practicable entirely within a single lane and shall not be moved from that lane until the driver has first ascertained that the movement can be made with safety[.]
Tenn. Code Ann. § 55–8–123(1) (2012) (“Section 123(1)”) (emphases added).  The word “practicable” is defined as “that which may be done, practiced, or accomplished; that which is performable, feasible, possible.” Black’s Law Dictionary 1172 (6th ed. 1990).
State v. Smith, No. M201302818SCR11CD, 2016 WL 537119, at *5 (Tenn. Feb. 11, 2016)
In this case, the Tennessee Supreme Court recognized that courts in other states, “in effect, have combined the two contingencies of their jurisdiction’s version of Section 123(1) and concluded that a violation occurs only when there is proof that the motorist’s lane excursion created some level of danger.”  The Court elected to, “disagree with this “combining” approach because it adds a requirement that is not reflected in, or required by, the plain text of Section 123(1).”  Instead, the Court interpreted this law to mean that, “Section 123(1) is violated when a motorist strays outside of her lane of travel when either (1) it is practicable for her to remain in her lane of travel or (2) she fails to first ascertain that the maneuver can be made with safety.  Thus, even minor lane excursions may establish a violation of Section 123(1) whether or not the excursion creates a specific, observed danger. …  For instance, if the motorist is driving a large vehicle with a high profile, such as an RV, and the weather includes high velocity wind gusts, minor crossings of lane lines occurring in conjunction with the wind gusts may satisfy the “as nearly as practicable” language of the statute and may not constitute a violation of Section 123(1).”

The Court went on to state that, “[i]n all events, however, a trial court considering the legality of a stop made pursuant to Section 123(1) must consider all of the relevant circumstances in deciding whether the motorist’s lane excursion gave the officer a constitutionally sufficient basis to at least suspect that the motorist was violating Section 123(1). … We emphasize that our decision in this case is not intended to provide law enforcement officers with “carte blanche” to seize motorists every time they see a vehicle cross a fog line.  Rather, an officer’s seizure of a motorist for a suspected violation of Section 123(1) must be supported, at a minimum, by a reasonable suspicion, based on all of the relevant circumstances, that the driver left her lane of travel when it was practicable to remain there and/or left her lane of travel without first ascertaining that it was safe to do so.

The Tennessee Supreme Court approved the stopping of a driver to determine by questioning whether the driver “had determined that remaining within her lane of travel had become impracticable for some legitimate reason unknown to [the Trooper] and whether she had first ascertained the safety of her maneuver.”   Accordingly, the Court held that the proper basis for analyzing the constitutionality of the Trooper’s stop of the Defendant was whether he had a reasonable suspicion, supported by specific and articulable facts, that the Defendant had violated Section 123(1) by crossing over the clearly marked fog line with the two right wheels of her car.

Despite the Court’s attempt to reassure the public otherwise, this interpretation of the law, in this author’s opinion, gives police officers unfettered discretion to effectively stop any motorist at will.  It is simply impracticable to require a motorist to never cross a traffic lane line.  This is a real and present danger to our civil liberties.