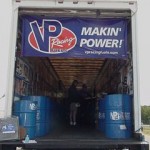 A tragically dangerous new concoction is being consumed by Tennesseans (and likely others) that can potentially lead to death. According to a recent USA Today article, there only four current cases (all originating out of Robertson County, Tennessee) involving teens consuming a newly created “death cocktail” as described by Donna Seger, medical director of the Tennessee Poison Center. The name given to this new poisonous cocktail is “Dewshine.”

As the article details, “Dewshine” is a mixture of the well-known soft drink Mountain Dew® and racing fuel. Yes, take a moment to let that combination digest in your mind. These teenagers in Robertson County are consuming racing fuel. The same substance commonly used in race cars for drag racing and largely composed of methanol (alcohol used solely for industrial and automotive purposes).  Think fuel additive or antifreeze for your vehicle. All alcohols are not created equally. Alcohol that is found in adult beverages is ethanol. Although chemically similar in some respects, ethanol is metabolized in a vastly different manner than methanol — and isopropyl (rubbing alcohol) for that matter.

Seger further discusses in the article the effects methanol has on one’s body once consumed. While methanol may initially have the same effects as consuming ethanol (in an alcoholic beverage), after some time, methanol can result in blurred vision, nausea, vomiting and diarrhea. More extreme cases of methanol consumption can lead to seizures, blindness, a coma and even death.

In this author’s opinion, consuming any sort of methanol (racing fuel) is toxic and something that should not be done under any circumstances. Please enjoy Mountain Dew® and other beverages responsibly — but if you value your health and life, don’t even consider consuming “Dewshine.”