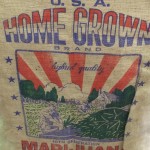 Breath testing devices are commonly used by police officers in their pursuit to enforce Driving Under the Influence (DUI/DWI/OUI, etc.) laws across the nation. These devices not only detect the presence of ethanol, but also attempt to quantify the amount of alcohol in one’s blood. Every state has adopted a per se limit of .08 percent of alcohol in the person’s blood. This means that if a person has a blood alcohol level (breath tests are also commonly used to determine this) at or above .08%, they are automatically considered to be impaired or under the influence.

DUI arrests and convictions, however, are not always based solely on a person’s consumption of alcohol. For example, the consumption of drugs (legal or illegal) may lead one to be impaired and unfit to operate a motor vehicle.

Recently, several states have legalized recreational marijuana consumption. This raises the question of whether these states will now quantify a certain amount of marijuana in someone’s blood to deem them automatically legally “impaired” and unfit to operate a motor vehicle. A few states have simply outlawed driving with any THC or metabolites in the driver’s blood.

A recent article written by Yoni Heisler highlights a company hoping that such laws proscribing a certain amount of THC or its metabolites are created. Cannabix Technologies is attempting to create a breath testing device that would detect the amount of THC (marijuana metabolite) in the driver’s body by simply blowing into the machine.

The article goes on to quote Barry Knott from a Reuter’s article. Mr. Knott, who is an executive with some experience selling alcohol breathalyzers, states that the first generation marijuana breathalyzers will only be able to say “yes” or “no” regarding the presence of THC in the person’s system. In other words, the device will not provide a “quantitative evidential measure” of the amount of THC in the blood.

In this author’s opinion, this type of marijuana breath testing device will probably not lead to more DUI convictions. The psychoactive chemicals in marijuana only impair a person for 30 – 60 minutes at the most after inhalation. However, the inactive THC metabolites can stay in the body for a prolonged period of time. They are detectible in one’s urine for approximately 28 days and in hair follicles for much longer. With the device only able to provide a positive or negative detection of marijuana metabolites, and not to when or how much THC has been consumed, the device will be of little use in determining if the driver is actually impaired because of the marijuana inhalation. In the end, the device may deter people from smoking marijuana and driving, but will probably not lead to more DUI convictions.