Home / Tennessee DUI News / Driving Under the Influence of Alcohol? Not if this High-Tech Device is Operational.

Driving Under the Influence of Alcohol? Not if this High-Tech Device is Operational. 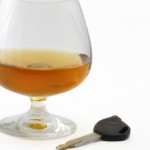 Image courtesy of Naypong at FreeDigitalPhotos.net

Development of high-tech equipment named the “Driver Alcohol Detection System for Safety” (DADSS) aims to keep potential drunk drivers off the road. In a recent article written on timesunion.com by Tatiana Cirisano, this device will attempt to detect the driver’s blood alcohol content by using breath and touch tests. If the DADSS detects alcohol over the legal limit (.08 percent in all states), the vehicle will shut down and become non-operational. DADSS is a collaborative research partnership between the Automotive Coalition for Traffic Safety (ACTS), representing 17 automobile manufacturers, and the National Highway Traffic Safety Administration (NHTSA) to assess and develop alcohol-detection technologies to prevent vehicles from being driven when a driver’s blood alcohol concentration (BAC) BAC exceeds the legal limit of 0.08 percent. More information about DADSS is available on the NHTSA website.

If this device sounds like a bit of science fiction- think again! Ms. Cisisano goes on to mention in the article that Senator Chuck Schumer (NY) is fully behind this device and wants to appropriate around $48 million dollars in federal funding (over six years) to accelerate the time frame at which the DADSS becomes operational. The Senator said, “Use of sensible technology like DADSS could spare lives and families in the future.”

The DADSS’s development has been ongoing since 2008. Both the National Highway Traffic Safety Administration and the Automotive Coalition for Traffic Safety are hopeful that with such outspoken support from individuals such as Senator Chuck Schumer (and federal funding) the likelihood of the DADSS becoming functional soon may be attainable.

In this author’s opinion, any device that can decrease the number of drinking and driving causalities and arrests would be beneficial to all. Not even DUI defense lawyers are in favor of drunk driving. Instead, it is our goal to defend those falsely accused, to minimize the consequences of those who have violated the law and to ensure our constitutional rights are not diluted or ignored.

Testing and protocols for a device such as DADSS, however, will need to be in place so as to avoid a “false positive” that can sometimes occur on already developed similar technology currently in use called the Ignition Interlock Device (IID). The IID has be known to render “false positives” when the driver uses a certain mouthwash or consumes medication or certain foods (such as bread) shortly before driving. The IID only checks the breath (not perspiration from touch) of the driver, but “false positives” may certainly occur. Such a situation will cause the car to shut down after several failed tests.

Of course, the next question will be at what level is it appropriate to stop the normal functions of a vehicle? Some persons are impaired at .04% blood alcohol content, while others may not be impaired at .12%, depending on individual tolerances. Nonetheless, an calibrated device that accurately detects the blood alcohol content in a driver would be a useful tool in combatting the national epidemic of drunk driving accidents.

He is the author of DUI: The Crime & Consequences in Tennessee, updated annually since 1991 (Thomson-West), and co-author with Lawrence Taylor of the national treatise, Drunk Driving Defense, 7th edition (Wolters Kluwer/Aspen).  Steve has served as an adjunct professor at the University of Tennessee Law School since 1993 and has received a number of prestigious awards for his faculty contributions.  He is a popular international speaker, having lectured at legal seminars in 29 states, the District of Columbia and three foreign countries.