Driving Under the Influence of Whipped Creme? 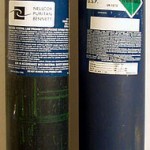 A woman in Williamson County, Tennessee (near Nashville) was recently arrested for her sixth DUI offense for driving under the influence of an intoxicant.  This time it was an inhalant–likely nitrous oxide.  The original news report may be read by clicking here.

Those interested in obtaining a euphoric effect inhale this chemical, commonly known as laughing gas. It is a colorless, non–flammable gas commonly used in surgery and dentistry as an anesthetic. This chemical is also often used as an aerosol propellant for whipped cream, cooking sprays, and for filling packages of snack foods because it is less likely to promote bacterial growth than is oxygen.

While it may have other effects on the human body such as reducing anxiety and pain, most people who inhale it (huffing) do so to induce the release of dopamine in the brain, which in turn makes the user feel good.  In other words, it produces the sought after “high.” Unfortunately, it also decreases one’s mental acuity making it dangerous to drive after consumption.

Of equal, if not greater concern, are the long-term effects of this chemical on one’s body. Overuse or long term use of nitrous oxide has been reported to have significant adverse affects on the human body. Clearly, use of this substance is not a laughing matter.