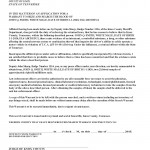 Image copyrighted by and used with permission of Steven Oberman

Two Tennessee cases were recently decided concerning the constitutionality of mandatory blood draws of those accused of driving under the influence (DUI). This legal issue is highlighted in Tennessee Court of Criminal Appeals cases, State v. Kennedy[1] and State v. Wells.[2] Both cases discuss at length the constitutionality of the Implied Consent statute, Tennessee Code Annotated (T.C.A) § 55-10-406(f)(2) in relation to Fourth Amendment rights against unreasonable searches and seizures.

Generally, T.C.A. § 55-10-406(a) provides that “[a]ny person who drives a motor vehicle in this state (Tennessee) is deemed to have given consent to a test or tests” contingent upon the “law enforcement officer having reasonable grounds to believe the person was driving under the influence [(DUI or DWI)] of alcohol, drugs, any other intoxicant or any combination of alcohol, drugs, or other intoxicants.”[3] This Driving Under the Influence (DUI), also know as Driving While Impaired (DWI), statute fails to specifically mention a requirement for a search warrant before such a forced blood draw occurs.

The subsection discussed by the Court, T.C.A. § 55-10-406(f)(2), requires Tennessee law enforcement officers in some circumstances to “cause the driver to be tested for the purpose of determining the alcohol or drug content of the driver’s blood.”[4] Regardless of the driver’s consent, law enforcement officers may forcibly draw blood with probable cause to believe that the driver has committed vehicular homicide while intoxicated,[5] aggravated vehicular homicide,[6] or a multiple offense DUI violation.[7]

“The right of the people to be secure in their persons, houses, papers, and effects, against unreasonable searches and seizures, shall not be violated, and no Warrants shall issue, but upon probable cause, supported by Oath or affirmation, and particularly describing the place to be searched, and the persons or things to be seized.”[8]

James Otis, a young colonial era attorney, was an initial proponent of the Fourth Amendment’s warranty requirement.[14] Mr. Otis defended colonists against British authorities using “writs of assistance” to conduct searches—even without suspicion.[15] Despite an unfavorable outcome at trial, Founding Father John Adams endearingly labeled “the dispute as the spark of the American Revolution: ‘Then and there was the child ‘Independence’ born.’”[16] Since the Fourth Amendment’s implementation in 1789, it has served as the most prolific source of constitutional litigation in American history.[17]

In 1868, the Fourteenth Amendment applied the Bill of Rights, which originally only applied to the federal government, to the individual states.[18] In part, it mandated that “[n]o State shall . . . deprive any person of life, liberty, or property, without due process of law . . . .”.[19] Due Process rights have two interpretations: procedural and substantive due process rights.[20] Procedural due process guarantees a fair legal process when the government or state burdens an individual’s protected interest in “life, liberty, or property;” whereas substantive due process guarantees that the government will not encroach citizens’ fundamental rights.[21]

In State v. Kennedy,[22] Fairview City Police Department officers followed the defendant home after recognizing his driver’s license as revoked.[23] The officer testified he detected an odor of an alcoholic beverage and found defendant’s “eyes to be watery.”[24] The defendant was subsequently transported to the local police station where he refused both Standardized Field Sobriety Tests (SFSTs) and a blood alcohol content (BLAC) test.[25] Thus, he was taken to the Williamson County Medical Center for a phlebotomist to conduct a mandatory blood draw. No warrant was obtained prior to this procedure because efforts to obtain one would have made “the streets of Fairview less safe.”[26] During trial, the court granted the defendant’s motion to suppress the blood draw’s results and ruled that since T.C.A. § 55-10-406(f)(2) “created a per se exception to the warrant requirement, it violated the state and federal constitutions.”[27]

On interlocutory appeal, the State sought to reverse the blood draw’s suppression and argued that T.C.A. § 55-10-406(f)(2) “does not create an unconstitutional per se exception to the federal warrant requirement and that, in any event, exigent circumstances justified the taking of the defendant’s blood.”[28] Here, however, the Tennessee Court of Criminal Appeals determined that the State’s argument of “less safe” streets did not constitute exigent circumstances to justify a warrantless seizure of defendant’s blood.[29] The court also ruled that T.C.A. § 55-10-406(f)(2) is “open to the interpretation that a warrant is required before a mandatory blood draw when a suspect refuses to consent to the draw.”[30] Thus, the court upheld the statute as constitutional.[31]

Similarly, in State v. Wells,[32] the defendant was charged with DUI, among other offenses, after wrecking his vehicle into a building.[33] Upon his apprehension in a nearby gas station, the defendant refused law enforcement’s request for a blood test.[34] Despite this refusal, and absent a warrant, law enforcement officers proceeded to transport the defendant to a nearby hospital for a mandatory blood test.[35] During trial, the defendant moved to suppress the evidence, alleging a violation of his Fourth Amendment rights—the trial court agreed and granted the motion.[36] Also, the trial court ruled that T.C.A. § 55-10-406(f)(2) was unconstitutional based on its per se exception to a warrant requirement.[37] Upon appeal, the State argued that exigent circumstances justified the blood draw without a warrant; however, the Court of Criminal Appeals of Tennessee affirmed that sufficient exigent circumstances did not exist but reversed the lower court’s ruling that the statute was unconstitutional.[38]

The court considered whether the implied consent law under T.C.A. § 55-10-406(a) provides an exception to the Fourth Amendment’s warrant requirement.[39] Favoring the defendant, the court held “[t]he state cannot, through legislation, strip an accused of constitutional rights” and that drawing the defendant’s blood without a warrant was contrary to Fourth Amendment privacy guarantees.[40] Similar to State v. Kennedy, the court found that without the accused’s consent or a warrant, and absent exigent circumstances, as was the case here, the state could not conduct a blood draw.[41] However, the court upheld the statute as constitutional since it “did not mandate a blood draw in violation of the Fourth Amendment” and its “silence did not dispense with the warrant requirement.”[42]

Looking forward, the general rule to be gleaned from the aforementioned cases is that without the accused’s consent or a search warrant, and absent exigent circumstances or a generally accepted warrant exception, the state cannot conduct a forced blood draw.

He is the author of DUI: The Crime & Consequences in Tennessee, updated annually since 1991 (Thomson-West), and co-author with Lawrence Taylor of the national treatise, Drunk Driving Defense, 7th edition (Wolters Kluwer/Aspen).  Steve has served as an adjunct professor at the University of Tennessee Law School since 1993 and has received a number of prestigious awards for his faculty contributions.  He is a popular international speaker, having spoken at legal seminars in 26 states, the District of Columbia and three foreign countries.

[6] T.C.A. § 39-13-218 (describing “aggravated vehicular homicide” as occurring when “[t]he defendant has two (2) or more prior convictions for: (a) Driving under the influence of an intoxicant; (B) Vehicular assault; or (C) Any combination of such offenses” or if the “defendant has one (1) or more prior convictions for the offense of vehicular homicide.”).

[8] U.S. Const. amend. IV (emphasis added); Tenn. Const. art. I, § 7 similarly states “[t]hat the people shall be secure in their persons, houses, papers, and effects, against unreasonable searches and seizures, shall not be violated…”.

[18] Rosalie B. Levinson, Protection Against Government Abuse of Power: Has the Court Taken the Substance Out of Substantive Due Process, 16 U. Dayton L. Rev. 313, 313 (1991) (“The Court accomplished this incorporation by finding that such rights as freedom of expression and religion are substantive values included within the word ‘liberty.’”).

[38] Id. (the court held that the statute was constitutional since it “did not dispense with the warrant requirement . . . .”). Id.

[39] Id. at 8 (quoting Missouri v. McNeely, 133 S. Ct. 1552, 1561, (2013), “[i]n those drunk-driving investigations where police officers can reasonably obtain a warrant before a blood sample can be drawn without significantly undermining the efficacy of the search, the Fourth Amendment mandates that they do so.”).

[41] Id. at 18 (stating that “[t]he legislative history, accordingly, reflects an understanding that the blood draw will be taken pursuant to either a warrant or an exception to the warrant requirement.”).

Previous: A Case for Abolishing the 21 Drinking Age
Next: DWI convictions not as cut and dry as .08 blood alcohol content