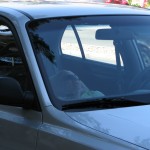 A couple of weeks ago, another DWI Lawyer in Tarrant County asked if anyone had a voir dire (jury selection) PowerPoint template for a trial where an accused intoxicated person pulled over and was not driving. I volunteered mine. The amount of lawyers who had this same type of case shocked and dismayed me. So incensed at the folly of prosecuting people who pull over and try to do the right thing, I gave one of my new associates a project. I challenged her to open doors of communication with Mothers Against Drunk Drivers (MADD). We sought to encourage law enforcement to use their discretion in not arresting people for DWI- who actually pull over rather than risk driving home. I figured if I got MADD to agree with the position that this way would save lives, the district attorney’s offices statewide and even nationwide (for those states who have similar laws) would come on board. Seems like straightforward logic, right?

Is it hard to understand that there will always be a point where going farther does more harm than good? This applies to eating, exercising, studying or working. Only with DWIs, we are not talking pounds or exhaustion- but lives! When my new associate reported back to me, she detailed that after talking to 4 people with MADD (headquartered in nearby Irving, Texas) and their media department, they all said the same thing without giving her a chance to talk:

We believe that Driving While Intoxicated is 100% preventable.

She said it was like talking to zealots, all mantra and no dialogue. It may be a good sound bite, but here is the problem. DWI will never be 100% preventable. Even if every car on the road had an ignition interlock or passive alcohol device, there would still be people who drive and kill based on medication or drugs that are not detectable by alcohol sensors. Why not encourage these folks to do the sensible thing and pull over instead of drive? MADD’s mantra and wishful thinking errs with reality. It does not take into account the circumvention of ignition interlocks by jump-starting vehicles, disconnecting them or having a passenger blow into them (the camera interlocks do not stop a non-driver from driving, it is only used to verify for prosecution purposes). Until every car in the country is self-driving, there will always be accidents, injuries and deaths from DWIs. The best thing to do is to focus on what is possible. We can save lives if we encourage drivers to pull over.
Ask any family member who has lost a loved one to a DWI. If given the choice, would they have wished the intoxicated driver pulled over before the tragedy? Was it more important for the state to get a conviction? Not one of them will opt for what our law enforcement is doing today. In a perfect world, MADD is right- it is best to never get behind the wheel after drinking. But it’s not a perfect world, and perfection should not be the goal. Safety should be the overriding concern. The public is far safer with an intoxicated driver pulled over, sleeping it off, or waiting for a ride, than one that chooses to drive. The goal should be to save what lives we can. It is hard to make a winning argument on behalf of unsaved lives who can’t speak for themselves, in the face of all the money DWIs bring to the state coffers. Compounding the problem are short sighted politicians who have come to rely on DWI convictions as political gold. These are the leaders who are making these nonsensical choices.
Until MADD comes to their senses, and politicians try to address the problem, most social drinkers who have too much to drink will still attempt to drive home, and risk getting pulled over. In Texas, we have left it up to the jury or judge to determine what constitutes operating a motor vehicle. Sleeping it off in a parked car is as much “driving” as the motor homes parked in an RV lot. When it comes to the politics of DWI versus the shared concerns of the sensible, it’s funny how logic gets thrown out the window by the best of minds.