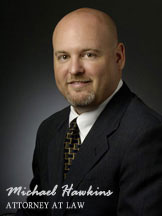 On June 10, 2010 The Washington Post reported that nearly 400 drunk-driving convictions in Washington D.C. were based on flawed breath tests.  For those unfamiliar with breath tests, “trained” officers using specialized equipment perform breath tests by having the suspect blow into the machine that supposedly determines the blood alcohol level.  Police departments across the nation rely on these devices to prove your guilt.  However, these tests, like all chemical tests, are highly susceptible to human and mechanical error.

In this investigation, police officers were charged with the task of calibrating these devices to ensure accuracy.  However, according D.C. Attorney General Peter Nickles, city police improperly adjusted the machines.  The machines, as calibrated, showed a driver’s blood-alcohol content to be approximately 20% higher than it actually was.  On average, the jailed suspects spent at least 5 days in jail.

This can happen to you. Years ago, Tennessee dealt with a similar problem of flawed tests. In 1990, a police officer exposed how easily these so called “high tech” devices could be manipulated. During a trial, an attorney discovered that a Davidson County police officer demonstrated how, with a mere twist of the calibration knob, a breath test result could be adjusted from .01 % (when calibrated properly) to as high as .22 %. Based on this evidence, the judge dismissed the defendant’s case.  While great pains were taken to remedy the problem, there is still a possibility that the device you are tested on will give false readings.

In Georgia, breath tests create a rebuttable presumption that you are intoxicated.  Essentially, the burden is on you to prove that you were not intoxicated.  Without assistance from a trained professional, this can be very difficult to do.  DUI convictions can ruin your life.  Do you drive for a living?  Do you have minor children who cannot take care of themselves?  Or is driving fundamental to your life in some other way?  If you answered yes to any of these questions, then you should understand that a DUI conviction might prevent you from fulfilling your responsibilities.  Not only will you have to incur the costs of the conviction (court costs, fees, insurance premiums), you will also have to bear the stigma of being labeled a drunk driver.

Procedures and machines differ from state to state, police department to police department.  The number of mistakes and errors that the police can make when preparing these devices is too numerous to list.  However, an absence of human error cannot render these tests reliable.  It suffices to say that, until we can ensure the machines are properly maintained and the tests are properly administered, this love affair between the police and their breath tests poisons our justice system and calls the validity of DUI convictions into question.  If you have been stopped, cited, or arrested for any DUI related offense, contact a DUI attorney.

ATTORNEY MICHAEL HAWKINS is one of only four lawyers in Georgia who has been recognized by the American Bar Association as Board Certified in DUI Defense. Hawkins is listed among the Best Lawyers in America in DUI Defense and has been named a Super Lawyer in Atlanta Magazine for the last 9 years. The Hawkins Law Firm handles only contested DUI charges. They have the experience, skills and commitment to make a difference for their clients and their proactive approach to fighting DUI cases has proven successful. The reputation of your lawyer can make a difference in the outcome of your case. After 20 years of practice, Mike and his staff have developed strong working relationships with judges and court staff, and with prosecutors and their staff. Mike is a graduate of Emory University School of Law and is a former DUI prosecutor in metro Atlanta. He is recognized nationally and has been invited to teach DUI Defense seminars all over a dozen states. His goal is simple – to work hard towards keeping a DUI off your record. Most of the clients that the Hawkins Law Firm assists are professionals who want to protect their record and keep their drivers license. If you or someone you know has a DUI charge and needs a lawyer who works hard to achieve positive results, call the Hawkins Law Firm.