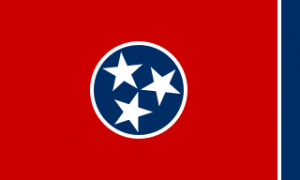 Flag of the State of Tennessee
Image from Wikimedia Commons

52.6 million American adults are binge[1] drinkers—more than Tanzania’s entire population, an East African country, of 49,639,138.[2] These binge drinkers are not simply unemployed town drunks—42.1 million work either full or part time.[3] However, alcohol is not the only abused substance affecting Americans; illicit drug use has contributed to approximately 23.9 unprescribed drug users in the United States—9.4 million are employed adults.[4] Substance abuse also contributes to approximately 30 million Americans who are driving under the influence of alcohol each year, and 10 million others driving under the influence of illicit drugs per year.[5] Who knows how many millions are driving under the influence of prescribed medication each year? In addition to the apparent negative affects of substance abuse on one’s personal health and relationships, it also cost businesses approximately $100 billion per year.[6]

A new impediment to drunk driving, albeit indirect, was been implemented by the State of Tennessee. The Workers’ Compensation Reform Act of 1996 created the Tennessee Drug-Free Workplace Program (DFWP) to promote drug-free workplaces, and discourage and penalize employee substance abuse.[7] Employers are incentivized to join the program. A drug-free workplace offers benefits such as: a 5% premium credit on workers’ compensation insurance policy, “for cause” discipline, discharge, or refusal to hire employees for policy violations, and shifts the burden of proof to the employee after a workplace injury if he or she receives a positive post-accident drug test or refuses to submit a test.[8]

Once an employer implements DFWP, they are also upheld to certain annual requirements. For instance, participating employers must administer five types of tests: pre-employment, post-injury, reasonable suspicion, fitness-for-duty (FFD), and compliance testing following an Employee Assistance Program (EAP).[9] Although not required, employers may also conduct random drug tests. These requirements could provide sufficient evidence to arrest the employee for drunk driving (driving under the influence of an intoxicant), even if the employee wasn’t driving at the time of an on-the-job accident.

First, DFWP pre-employment tests require that potential employees be screened for drugs, whereas alcohol screening is optional.[10] Second, if a workplace accident occurs, injured employees must submit blood or urine specimens to determine whether the influence of drugs or alcohol precluded the accident.[11] Third, an employer may require a drug or alcohol test with reasonable suspicion that an employee is under the influence.[12] The employer has seven calendar days to explicitly transcribe the circumstances giving rise to his or her suspicion.[13] An employee’s performance, appearance, and behavior may predicate reasonable suspicion.[14]

For employers interested in attaining a drug-free workplace, the United States Department of Labor offers a “Build a Drug-Free Workplace Policy” option to “develop a customized drug-free workplace policy statement for your organization.”[15] Employers should ensure that drug or alcohol-testing policies are reasonable, nondiscriminatory, and explicit in a written policy statement. This is especially pertinent for government employers, since taking employee specimens for drug or alcohol testing may implicate the Fourth Amendment’s protections against “unreasonable searches and seizures.”[16]

[1] “binge drinking” being defined as “a pattern of drinking that brings a person’s blood alcohol concentration (BAC) to 0.08 grams percent or above. This typically happens when men consume 5 or more drinks, and when women consume 4 or more drinks, in about 2 hours.” Alcohol and Public Health, Centers for Disease Control and Prevention, http://www.cdc.gov/alcohol/fact-sheets/binge-drinking.htm.

[16] Id.; see also U.S. Const. amend. IV (stating “The right of the people to be secure in their persons, houses, papers, and effects, against unreasonable searches and seizures, shall not be violated . . .”.) (emphasis added).